What’s Open Right Now in Boston? Top 10 Things to Do While Social Distancing AFTERNOON IN THE SEAPORT DISTRICT Easily one of Boston’s most transformative and ambitious large-scale urban development projects in recent memory, and thanks to sound planning and billions of dollars invested, it’s considered Beantown’s hottest neighborhood. This 20-block expanse of real estate along Boston’s waterfront offers a plethora of things to do to fill your afternoon. Enjoy a refreshing midday cocktail on one of the area’s several rooftop bars like the Envoy Hotel or the Lookout Rooftop Bar and take some gorgeous snaps of the surrounding skyline in between sips. If you’re looking to immerse yourself in some culture, head over to the Institute of Contemporary Art. Housed in a glass building every bit as dramatic as the art contained within, this 65,000-foot marvel of design includes temporary and permanent galleries, a 330-seat multi–purpose theater, a restaurant, bookstore, and education/workshop facilities. Want to satiate your munchies? The Seaport boasts tons of new restaurants from laid-back to upscale like the James Beard Award Winning Best New Restaurant, Menton. There’s also casual, Italian trattoria, Sportello, and all-day cafe, Tatte Bakery, for your post-meal coffee and pastry. Two of these blocks are dedicated to retail brands like L.L. Bean, Bonobos, and Warby Garber for those looking for a shopping fix. Of course, with all there is to see and do here, don’t forget about the simple pleasures of a leisurely, care-free stroll along the water’s edge. The Black Heritage Trail features various homes, memorials, and sites that are significant in the history of Boston’s 19th century African American community. The first slaves arrived in 1638 and by 1705 there were over 400. At this time there were also the beginnings of a free black community in the North End, and by 1790, the time of the first census, Massachusetts reported no slaves.

The trail includes the Robert Gould Shaw & the 54th Regiment Memorial, first black regiment, the George Middleton House, the oldest home built by African Americans on Beacon Hill, and the Phillips School, one of Boston’s first schools with an interracial student body. 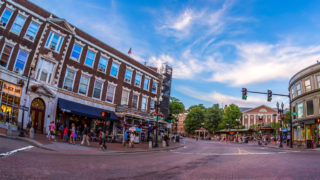 Harvard Square is an intellectual and offbeat area with a mix of languages, ages, and cultures. Its streets are lined with coffeehouses, independent bookstores, cinemas, and music stores that are open right now. The centerpiece of the area, Harvard University, is the oldest institution of higher learning in America, established in 1636.

Its long list of famous alumni includes seven presidents of the United States. The campus is distinguished by a diverse collection of historic buildings. For information, visit the University Events & Information Center on Massachusetts Avenue. 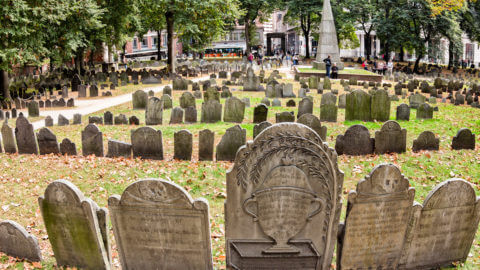 Founded in 1660, the Granary Burying Ground is the third oldest burying ground in Boston. During the Revolution, the area where the Park Street Church now stands had been used to hold grain, which is the reason for the burying ground’s name. Located on Tremont Street, the following famous individuals are buried in the Granary Burying Grounds: Peter Faneuil, Sam Adams, Crispus Attacks, John Hancock, James Otis, Robert Treat Paine, Paul Revere, and members of Ben Franklin’s family.

The Rose Kennedy Greenway is a mile-and-a-half long daisy chain of parks and green spaces in the heart of Boston that puts people in touch with the beauty of nature amidst an urban metropolis. One of these is Chinatown Park. A lovely oasis at the southern end of the Greenway, this one-acre linear park contains design elements drawn from Asian traditions and artwork. Designed by Carol R. Johnson and Associates, it contains a serpentine walkway edged by bamboo within bright red sculptural elements and a unique fountain that suggests a waterfall and shallow riverbed. This is a great place to watch some serious street chess, satiate your appetite with one of the many savory offerings available in the vicinity or just Zen out. Eight blocks filled with salons, boutiques, and fabulous dining. Boston’s Newbury Street has something for everyone. Shops include The Boston Baked Bean, So Good Jewelry, Niketown, Hempest and more. Horticulture and gardening figure largely in English culture and the Victorian era ushered in a whole new appreciation for the beautiful things that grow out of the ground. Established in 1837, the Boston Public Garden is open and landscaped to look decorative and flowery and, because of the new techniques of collecting, hybridizing, and propagating plants developed by the Victorians, you’ll see some rather dramatic plants and trees here. Admire the rich and unusual plants, the Lagoon, the monuments and fountains, and the Swan Boats created and operated for over 100 years by the Paget family. Comprised of 16 places of interest, each one a milestone in the evolution of Boston from English colony to independence, the Freedom Trail is an essential component of any trip to Boston. This historic attraction literally lays out Boston’s colonial history before you on the very streets where the city’s most transformative events unfolded several hundred years ago.

Boston Common was established in 1634 and is on the List of National Historic Landmarks. Today, this expansive green space is the starting point of the Freedom Trail and the anchor of the Emerald Necklace, a system of connected parks that winds through various Boston neighborhoods. Its long history includes being used as a campgrounds for British Troops, the site of public executions and the place where several notable visionaries and leaders gave legendary speeches including Martin Luther King Jr., Pope John Paul II and Gloria Steinem. Today, Boston Common is still a place for many public gatherings, festivals, events, concerts and sports as well as a pleasant place to jog, bike and walk while enjoying the pretty scenery. Open on Memorial Day weekend, located at the foot of Beacon Hill. 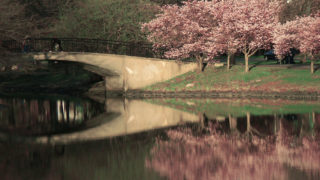 Charles River Esplanade is one of the many examples of land set aside in Boston for public enjoyment. During the summer you can catch a free concert or play at the Hatch Shell, or watch the rowers practice in the Charles River as you stroll in the park.

There’s no better way to see all the best of Boston than on a tour. One of the most well liked tours in the city is the Old Town Trolley Tour, which is now open. Old Town Trolley Tours Boston is not currently social distancing on tours. We’ve been transporting visitors to 100 different points of interest for more than 30 years. The tour is fully narrated by a local historian who shares amusing anecdotes and interesting facts about Boston. If you want to see Faneuil Hall, Paul Revere’s house, the Boston Massacre Site, and any of the other famous Boston sights, the Trolley takes you there. You can enjoy each stop for as long as you want because we have trolleys coming and going all day. It’s convenient, easy and a great way to stay out of the crowded parking lots.