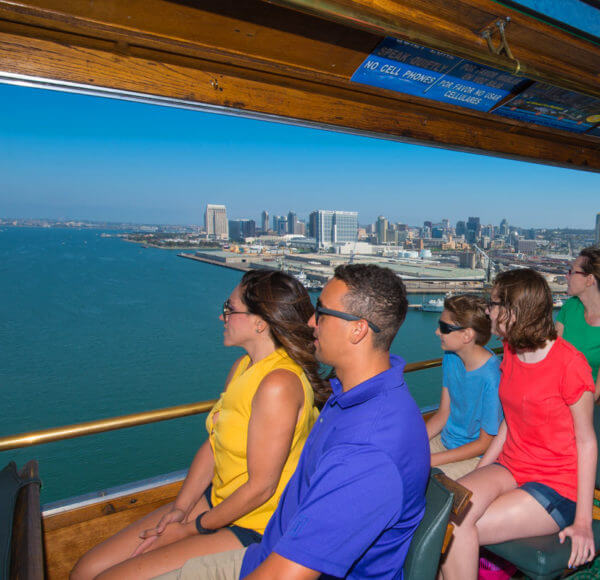 Old Town Trolley Tours is the best way to see the city. The tour is also designed so that you can hop on and off and explore on your own at any time. Our fleet of orange and green trolleys travel frequently throughout San Diego and over the iconic San Diego-Coronado Bridge to Coronado on a continuous 25-mile loop visiting 12 neighborhoods with 12 destination stops. Midway Aircraft Carrier Museum: The USS Midway Aircraft Carrier sits in San Diego at the Navy Pier welcoming and enriching guests from around the world. Its patriotic service and military operations are brought to life throughout this interactive museum.

The USS Midway Aircraft Carrier sits in San Diego at the Navy Pier welcoming and enriching guests from around the world. Its patriotic service and military operations are brought to life throughout this interactive museum. Relive the legacy of the longest-serving aircraft carrier in U.S. Naval history! “Midway Magic” became a recognized term describing the amazing tenacity of the Midway and its crew. When other ships broke down or headed for port, the Midway continued to respond, to perform from the end of WWII all the way through Operation Desert Storm in 1991. Self-guided audio tours introduce Midway veterans who lived or worked on the ship and visitors have access to the hangar deck, second deck and flight deck, engineering, mess deck, berthing spaces, officer’s country, flight deck and optional flight simulators. More than 60 exhibits and 24 restored aircraft offer educational information and an inspiring look into military history. Visitors can also stop by the Midway Aircraft Carrier Museum Gift Shop and dine at the Fantail Café.

**Maritime Museum and 10 additional museums are valid for two consecutive days from date of purchase. Pass is non-transferable. Other restrictions may apply. Extra days or free portion of the Pass have no cash value and are not refundable and non-transferable. Some museums offer free admission. Others are free due to the partnership with Old Town Trolley Tours. Your tour ticket is proof of purchase for admission to these museums.