Boston Children’s Museum is the second oldest and one of the most influential children’s museums in the world. For over 100 years it has been engaging children in joyful discovery experiences that instill an appreciation of our world, develop foundational skills, and spark a lifelong love of learning. The Museum’s exhibits and programs emphasize hands-on engagement, learning through experience, and employing play as a tool to spark the inherent creativity, curiosity, and imagination of children. Designed for children and families, Museum exhibits focus on STEAM (Science, Technology, Engineering, Arts, Math), environmental awareness, and health & fitness.

Boston Children’s Museum offers fun, exciting and educational exhibits and programs that enable young visitors to explore the world around them. The facility is located along Fort Point Channel at Children’s Wharf. With a giant 40-foot-tall milk bottle out front, it contains a variety of interactive and innovative exhibits that make the Boston Children’s Museum one of the city’s most popular attractions for visitors of all ages.

The Beginning of an Idea

In 1909, a group of science teachers first introduced the idea for a children’s museum in Boston. In pursuit of this goal, they founded the Science Teacher’s Bureau. The Women’s Education Association provided help in planning the institution, which opened four years later. The museum’s first location was in Pinebank Mansion in Olmsted Park situated along Jamaica Pond. It had two exhibits; one was dedicated to birds and the other featured minerals and shells. Over the next few years, several other branches were opened across the city. They were usually located in schools so that children in other neighborhoods could have access to the museum. The institution opened a larger branch containing a bigger collection of exhibits and specimens in the Barnard Memorial Building in 1919. Although this branch closed seven years later, it demonstrated the need for more room. When the lease on Pinebank Mansion expired in 1935, the museum’s directors sought out a larger space. The museum moved to a new location a few blocks away and opened to the public in November 1936. It was at this location that Michael Spock, son of Dr. Benjamin Spock, guided the institution for more than 20 years as it gained accreditation and transformed into a more interactive learning environment. The younger Spock also oversaw the move to the current and larger Fort Point Channel location in 1979 so that Boston residents could have greater access to the facility. The renovated building had formerly served as a wool warehouse. Recent expansions and renovations added new exhibits, a theater and a landscaped park. The upgrades also made Boston Children’s Museum the first “green” museum in Boston. The museum received the National Medal for Museum and Library Service, the nation’s highest award, in 2013. The institution was the inspiration for the Museo Pambata in Manila and the Le Musée des Enfants in Brussels.

The museum has an extensive collection of more than 50,000 objects from around the world. Many are kept in storage, rotated through the permanent or special exhibits and loaned out to schools for educational programs. Each exhibit is designed to be an educational, innovative and engaging interactive experience.

There are several themed galleries in the museum. Based on children’s shows aired on Public Broadcasting Service, the Arthur and Friends and Peep’s World exhibits teach children reading, backyard discovery and science skills. The Global Gallery and Japanese House introduce art, architecture and family life from different cultures. There is a play space for toddlers and the New Balance Climb, a brightly colored three-story climbing structure that invites children to take a magic flying carpet ride. The John Hancock Science Playground encourages young visitors to use all five of their senses as they investigate and explore the natural world around them. The exhibit also introduces children to the laws of motion and gravity.

Children can visit a traditional Afro-Caribbean carnival garage, decorate a float and play in a steel drum band in the Boston Black exhibit while Native Voices relays the history of New England’s indigenous people. Kids Stage gallery allows children to put on their own production, and the Kid Power exhibit encourages the exploration of healthy diet and exercise. Children also have hands-on fun in the Art Studio, the Construction Zone and Johnny’s Workbench as they learn about art supplies and building tools that they will use to produce their own creations.

Overlooking Fort Point Channel and Boston Harbor, the museum’s outdoor deck has been the setting for the landmark Hood Milk Bottle since 1977. It was originally built 44 years earlier as an ice cream stand. Known as the Great Bottle Sail, the structure was shipped by barge from its original home on the shore of Three Mile River in Taunton, Massachusetts so that it could be preserved. If it were a real bottle, the container would hold over 58,600 gallons of milk.

The Museum is open year-round except on Thanksgiving and Christmas. Typical hours of operation are 10 a.m. to 5 p.m. Saturday through Thursday and 10 a.m. to 9 p.m. on Friday. It closes early at 3 p.m. on Thanksgiving Eve, Christmas Eve and New Year’s Eve and opens at noon on New Year’s Day. Children under 16 must be accompanied by an adult at all times. Service animals are welcome. Larger crowds gather on weekdays during the school year. You can save money on admission by arriving an hour before closing time Saturday through Thursday as well as between 5 p.m. and 9 p.m. on Fridays.

You can eat outside near the Milk Bottle as well as on the first floor of the museum. Food and beverages are not allowed in the exhibit spaces. There are also several restaurants within walking distance of the museum around the Fort Point Channel area. Boston Children’s Museum is accessible by various forms of transportation including via Old Town Trolley, public transportation, car and water taxi. The Museum is located near the Boston Tea Party Ships & Museum stop aboard the Old Town Trolley sightseeing tour. For those taking the subway, the Museum is approximately three blocks from the intermodal South Station. The station can be reached on the MBTA Red and Silver Lines as well as by the No. 7 bus route. If you park in the nearby Farnsworth or Stillings street garages, bring your ticket to the Museum for validation. Do not park on Sleeper Street because it is reserved for residents and your vehicle will be towed. The Boston Tea Party Ships & Museum is a historically accurate and interactive institution that chronicles the events leading up to this momentous event in American history. Resting atop a floating barge, the museum enables visitors to step back in time and participate in a reenactment of the events that unfolded that fateful night. The attraction includes restored ships and artifacts from the historical occasion, including one of the original tea chests.

Situated on the scenic Central Wharf, the New England Aquarium features more than a dozen galleries. One of the most popular is the Great Ocean Tank that highlights hundreds of species of aquatic animals from around the world. The interactive exhibits enable visitors to explore the ethereal undersea world that covers 70 percent of the earth’s surface.

Part of the Rose Kennedy Greenway, the Urban Arboretum is an outdoor living museum that is dedicated to the study of trees, shrubs, vines and other woody plants. More than 15,000 plantings in the 281-acre park create seasonal interest throughout the year.

Adjacent to the aquarium, the popular Christopher Columbus Waterfront Park features play areas, splash fountains and landscaped gardens. It hosts a variety of events throughout the year. Boston Attractions Things To Do With Kids 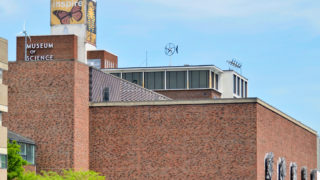 Boston Attractions Museum of Science (MOS)
Up Up
Back to top