Looming over Mallory Square near the Margaritaville Resort & Marina, the Custom House is an iconic Key West institution. An imposing four-story, red brick structure built in 1891, it’s a sight easily recognizable from land and sea. Originally home to Key West’s post office and district courts, today the Custom House is a fascinating museum run by the Key West Art & Historical Society. Their mission is to preserve the culture of the Florida Keys through the exhibition of art, architecture and history to educate the community and visitors.

The building’s architecture is typical of the Richardsonian Romanesque style that was popular for federal buildings near the end of the 19th century. It was built as a response to Key West’s growing wealth and population during that era thanks to lucrative trade routes and maritime industries, including wrecking, which made Key West the wealthiest city per capita in America. At the time, it was positioned next to the island’s Naval Base, making it a key site of many historical events, including the inquiry into the sinking of the USS Maine in Havana Harbor in 1898.

In 1932, the building officially became part of the Navy’s operations as headquarters of Caribbean and Gulf of Mexico operations. Eventually, the Navy no longer needed the building and it became surplus and abandoned for decades. In 1991, it was purchased by the State of Florida Land Acquisition Council and leased to the Key West Art & Historical Society to create a museum.

Today, the museum covers two centuries of the history, art and people of Key West through exhibitions on two floors.

Before you even enter the museum, you’ll notice monumental sculptures by Seward Johnson. This collection rotates and includes three-story tall sculptural interpretations of classic paintings and photographs, including Renoir’s The Dance at Bougival, Grant Wood’s American Gothic farmer couple and the famous World War II V-J Day Kiss photograph. Smaller, life-sized sculptures of everyday people are also found throughout the grounds, from an older woman with shopping bags to a worker in overalls reclining on a bench with his lunch.

As part of the permanent collection, conservationist and artist Guy Harvey exhibits his collection of 59 sketches depicting Ernest Hemingway’s Nobel Prize-winning novel The Old Man and the Sea. The exhibition also features historical objects and artworks from Hemingway’s time in Key West during the 1930s.

Playwright Tennessee Williams is another famous former Key West resident. While he’s most famous for plays like A Streetcar Named Desire, The Glass Menagerie and Cat on a Hot Tin Roof, the celebrated playwright was also a painter. Fifteen of Williams’ rarely seen, dreamy, Impressionistic paintings are on display in the museum’s permanent collection.

If you drove to Key West along the Overseas Highway, your journey was not only scenic, but also historic. Oil tycoon Henry Flagler’s Florida East Coast Railway’s Key West Extension originally connected Key West and the Florida Keys to the mainland back in 1912. The Custom House’s Overseas to the Keys exhibit covers this exciting engineering feat and era in Key West’s history through artifacts, film and photographs.

The museum is located at 281 Front Street. 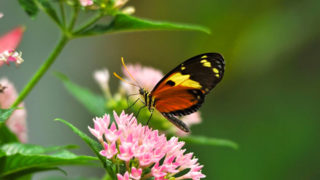