We have a new exciting city tour. Our hop on/hop off feature will be available again starting March 15, 2021. Read about our tour updates & safety information.

Broadway is a major thoroughfare running from the southwest to the northeast through the heart of downtown Nashville. Extending from 21st Avenue South to First Avenue, the street connects neighborhoods like the Gulch and Music Row with the Cumberland River waterfront. Broadway is the demarcation line where many of Nashville’s roadways change their designation from north to south. The wharfs and docks for the port of Nashville were located on the Cumberland River at the eastern terminus of Broad Street, today’s Lower Broadway. Market Street, now Second Avenue, then connected them to the vendor stalls on the public square. Broad Street was one of only three roadways running east to west on the original plat map of the city. The street was lined with hardware shops, feed stores and other enterprises that expanded Nashville’s economy. In 1875, Broadway was the setting for the first public high school in Nashville. After the turn of the 20th century, a portion of Broadway would be known as Auto Row because of the large number of car dealerships as well as tire and auto parts stores that lined the roadway. It was during the Depression that the Work Progress Administration (WPA) built a new post office adjacent to Union Station as most mail was transported by train. While Union Station has been transformed into a luxury hotel, the Old Post Office was repurposed as the Frist Center for the Visual Arts.

Starting in the 1930s, Jimmy Rodgers began singing in the honky tonks on Lower Broadway. As his fame grew, other aspiring singers and songwriters were drawn to the area. The heart of the country music scene, the four-block stretch of Broadway earned the nickname Honky Tonk Highway, a moniker akin to Bourbon Street in New Orleans and Beale Street in Memphis. The bars and music venues launched the careers of many legendary performers. When the Grand Ole Opry moved out of the Ryman Auditorium in the 1970s, Broadway fell on hard times. Approximately 20 years later, the reopening of the iconic music hall helped to revitalize the area. Many of the historic commercial buildings, like the Victorian-era former Merchants Hotel, lining the street now house a variety of country western-themed shops and restaurants as well as honky tonks. These establishments serve cold beverages and have at least one stage where artists perform all day. The music starts in the early afternoon and carries on into the evening. Stroll down the road or sit at a street-side table and enjoy the music and the atmosphere. You never know when a legendary performer will sit in on an impromptu jam session as you listen to an aspiring artist.

Points of Interest on Broadway

There are several popular destinations along Broadway, including heritage architecture listed in the National Register of Historic Places. 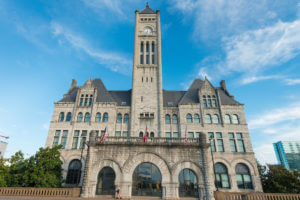 Built in 1900 as a majestic railroad depot, Union Station has been converted into a luxury hotel. Still reflecting the grandeur of Victorian-era train travel, the neo-Romanesque edifice retains the stately 65-foot-tall lobby capped by a stained glass ceiling. It also has Italian marble and intricate wood architectural details. Union Station was added to the National Historic Register in 1969.

Occupying the repurposed nationally historic Old Post Office, the Frist Center for the Visual Arts is a non-collecting museum that hosts traveling fine art exhibitions. The center also features works by local and regional artists in a variety of media. Completed in 1934, the landmark building boasts a preserved Art Deco interior. There is an architectural tour the first Saturday of each month. 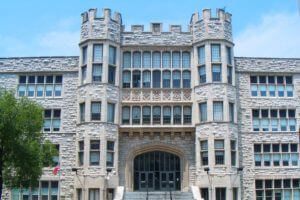 Home to the NHL’s Nashville Predators, the all-purpose Bridgestone Arena is a premiere indoor concert and event venue. In addition to hosting the annual Country Music Association Awards, the arena is also the setting for the Nashville Visitor Center and the Tennessee Sports Hall of Fame.

Tootsie’s Orchid Lounge boasts a unique purple hue exterior that it acquired when a painter accidentally used the color. This world-famous Lower Broadway honky tonk has launched the careers of several legendary performers including Willie Nelson. Scenes from the movie Coal Miner’s Daughter were filmed inside. Established in 1947, the Ernest Tubb Record Shop is a one-stop retail store for a variety of country and bluegrass albums and memorabilia. The shop offers music by a wide variety of classical and contemporary artists.

Located at the end of Broadway where it intersects with First Avenue, Riverfront Station is the western terminus of the Music City Star, a regional commuter rail line. Built in 2006, the station and its post and beam architecture is a replica of a turn-of-the-century Tennessee Central Railroad train depot that previously occupied the site. 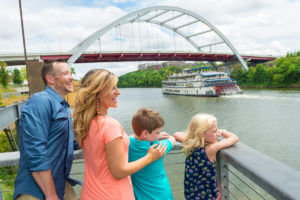 Situated at the eastern end of Broadway, Riverfront Park boasts a playground, an expanse of lawn and the Ascend Amphitheater. There is an ornamental garden, a mile-long greenway trail and a 13,000-square-foot dog park. The recreation area hosts a variety of cultural events and celebrations, including the annual Independence Day concert and fireworks display.

When to Visit Broadway

While you can visit Broadway any time of the year, April to October is the height of the tourist season. Since you will be walking outdoors, remember that Nashville summers can be hot and humid and winters near freezing. Spring and fall offer mild daytime temperatures and cool evenings, so dress in layers. Many of the honky tonks on Lower Broadway admit families during the day and do not enforce a 21-and-over policy until later in the evening. This allows families traveling with children to fully experience the Honky Tonk Highway together. This popular tourist destination gets more crowded with visitors and locals on weekends and as the night progresses. 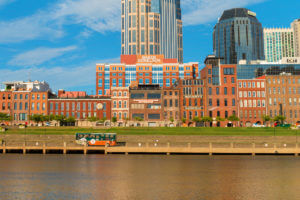 Rather than drive in hectic city traffic and try to find a place to park near the popular attractions on Broadway, ride the Old Town Trolley. Sit back and relax as the conductor drives to many of the popular points of interest in Nashville, including famous spots on Broadway. During the tour, listen to an entertaining narration filled with facts and little-known anecdotes about the history of Music City as well as key points of interest. Step off the trolley and explore the places that interest you based on your itinerary. When you are ready, you can climb aboard the next passing trolley to continue the tour right where you left off. Old Town Trolley is the easiest and most convenient way to see the best of Nashville and the most interesting sites on Broadway.  Find the lowest price and money-saying packages by purchasing tickets direct through our website.

Known as the “Mother Church of Country Music,” the iconic Ryman Auditorium hosted the Grand Ole Opry for three decades. Starting life as a gospel tabernacle in 1892, the concert venue features headline acts as well as a state-of-the-art backstage tour. It was added to the National Register of Historic Places in 1971. Celebrating the life and musical career of “The Man in Black,” the Johnny Cash Museum is located on Third Avenue South. Its interactive displays feature the world’s most comprehensive collection of artifacts and memorabilia related to the legacy of this international icon. Items include personal mementos, musical instruments and stage costumes. 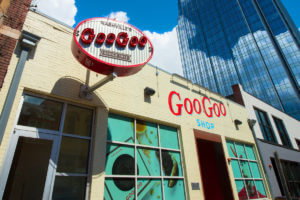 Just steps from Broadway, the Goo Goo Shop offers a variety of vintage candies as well as its signature Southern confection and Nashville-themed merchandise. Watch as these delicious clusters of milk chocolate, marshmallow, caramel and peanuts are handmade right in front of you. Soul of Music City – Nashville’s Night Tour!
Up Up
Back to top
We use cookies to give you the best experience. By using our site, you agree to our cookie policy.Accept