Things To Do In The Fall Things to Do in Nashville in the Fall

“What is there to do in Nashville during Fall”? There’s plenty going on in the lively music city during this season; the fall foliage takes over the landscape and the air gets crisper, cooler and perfect for outdoor activities, which is probably why these months are  full of cultural festivals, weekly live music events at Centennial Park, city night tours and more. Read our travel tips for more info from the variety of events that highlight the true heritage of Nashville, including the Tennessee Craft Fair, Oktoberfest and History Festival.

For travelers making their way to Nashville between the dog days of summer and the wonderland of winter, be sure to add these fun things to do in Nashville to your travel itinerary.

There’s a Crispness in the Air

Autumn is a special time of year because the heat of summer relents, and the fall foliage creates a colorful backdrop for a wide variety of activities. While the days are pleasant and warm, you may need a sweater or light jacket in the evenings. Daily highs drop off from the 80s in September to the 60s in November. October is the driest month, but it’s always a good idea to pack an umbrella.

With all the activities and festivals taking place at Nashville’s most popular points of interest, the best way to experience Music City is aboard the Old Town Trolley. The entertaining and educational Nashville tour takes you by many of the city’s most well-known attractions and festival locations, like Centennial Park, Riverfront Park and the Bicentennial Mall. You can enjoy everything that Nashville has to offer while avoiding the hassle of driving in city traffic and trying to find a place to park. With unlimited on-off privileges, you can disembark and enjoy the nearby things to do in Nashville at your leisure.

When you’re ready for the next adventure, climb aboard to continue the tour. You’re also invited to simply sit back and relax as your conductor weaves through town and points out noteworthy sights. With a trolley coming by every few minutes, you can create your own personal itinerary of the sights, sounds and events that you want to see and enjoy.

Groove to the Beat

Nashville lives up to its reputation as the Music City with festivals celebrating a variety of musical genres. The number of music festivals held during the fall lead up to November’s Country Music Association Awards Week and Country Music’s Biggest Night at the Bridgestone Arena.

Leave the kids, kick back, and cruise through Music City enjoying scenic views and classic Nashville tunes. On this tour, you’ll not only be taken to popular points of interest, but talented guides will dazzle you with their musical talents and extensive historical knowledge of the city. During the tour, you’ll stop at a world-famous honky tonk and enjoy a drink with new friends. It’s a perfect choice for date night or a group outing and a definite must-do when in Nashville!

Nashville nights 🌙 Cruise down Broadway taking in the city’s lights on our #SoulOfMusicCity Night Tour! 🎶 #OldTownTrolley

Each Saturday throughout September and October, the 132-acre Centennial Park hosts Musicians Corner, a series of performances. These free public concerts include a variety of artists and musical genres. Spread a blanket in the scenic park and enjoy a picnic lunch and afternoon of live music.

Hello summer, are you there? It’s us, #MusiciansCorner ☀️

Held in September, Americana Music Festival is an annual event that features around 165 live concerts held in various downtown Nashville venues. Sponsored by the American Music Association, the festival draws thousands of artists, industry professionals and music lovers from around the world.

A post shared by Americana Music Association (@americanafest) on Mar 2, 2020 at 1:20pm PST

Eat, Drink and Be Merry

In addition to music, Tennessee is also renowned for its cuisine and whiskey. To celebrate its gastronomic heritage, Nashville hosts a number of food festivals.

Culinary artisans and craft brewers as well as more than 50 cheesemakers from around the Southeast descend on Nashville in September for the Southern Artisan Cheese Festival. Guests sample a variety of culinary delicacies representing the growing Southern food, cheese, beer and wine movement.

Held in the Country Music Hall of Fame, the Nashville Whiskey Festival celebrates the Volunteer State’s whiskey and bourbon distilling heritage. Guests have the opportunity to meet the distillers, taste a variety of spirits and sample good food while learning about the distilling process. The event also features live music. From its early days as a Native American community and a frontier outpost to the antebellum era and country music ascendance, Nashville has a rich and diverse history. As the capital of Tennessee, the city also serves as the focal point of the Volunteer State. During the fall, several festivals highlight the culture of Nashville, the state and its people.

Hundreds of artisans from around the region display their talent on the lawn of Centennial Park during September’s Tennessee Craft Fair. Artisans exhibit sculptures and paintings as well as furniture and other handcrafts in a variety of media, including wood, metal, leather and glass.

Dance and musical performances on seven different stages and exhibits enable guests to experience and celebrate the culture of various ethnic groups that have contributed to the history of the Music City. The free Celebrate Nashville Cultural Festival takes place on the first Saturday in October at Centennial Park. Explore the Global Village, sample a variety of ethnic delicacies and listen to traditional music and folk stories. And don’t worry about the little ones getting bored. Children can enjoy dressing up in traditional costumes from different ethnic groups. And for those looking to pick up a souvenir, the World Market offers unique handcrafted items from around the world.

The annual Oktoberfest is a celebration of traditional German food, beer, music and dance. The festival includes a 5K race, a block party and a parade. In addition to arts and crafts displays, the three-day event features live music and a free children’s play area featuring clowns, face painting and games. The 19-acre Bicentennial Capitol Mall State Park is the setting for the annual Tennessee History Festival. Be swept into the past with fascinating stories about the events that have shaped Tennessee’s history. The festival includes costumed re-enactors, hands-on demonstrations and educational activities.

Nashville sits in a valley surrounded by hills that create a kaleidoscope of colors from September thru mid-October. The city is also situated at the northern terminus of the Natchez Trace Parkway. This historic transportation, hunting and settlement route flows thru the hills and features a number of overlooks where the area’s awe-inspiring fall foliage is on full display. You may also notice indigenous wildlife, such as deer and wild turkeys. In addition to the vibrant colors of its various plantings, the 55-acre Cheekwood Botanical Garden hosts seasonal activities during its Cheekwood Harvest event. Stroll the scenic grounds, home to more than 5,000 chrysanthemums! The family fun continues with scarecrows, a pumpkin patch and the annual El Dia de los Muertos  celebration.

During the weeks leading up to Halloween, Nashville comes alive with ghostly themed events. Local farmers build intricate mazes in cornfields and create playful pumpkin patches, and Music City hosts harvest festivals, haunted houses and costume parades. Special events include Boo at the Zoo held at the Nashville Zoo at Grassmere and the community trick or treat party at Belle Meade Plantation.

Cheer for the Home Team Fall is primetime for football at Nissan Stadium. The stadium is home turf for the Tennessee State Tigers on Saturdays and the NFL’s Tennessee Titans on Sundays. And for die-hard football fans, there’s Vanderbilt Stadium. Home to the Vanderbilt University Commodores and located in the heart of campus, it was the first stadium in the South to be built exclusively for college football. If that doesn’t elicit team spirit, than you better grab another pom-pom! And starting in October, Bridgestone Arena is the setting for the home games of the NHL’s Nashville Predators. Visitors can also hike in the surrounding mountains and enjoy a variety of water sports on the Cumberland River and the nearby lakes.

Whether you are planning a quick break from school, a romantic weekend away or an extended family vacation, there is a wide range of activities and attractions available during the fall in Nashville. In addition to the city’s museums and attractions, like the famous honky-tonk Tootsies Orchid Lounge, you’re encouraged to include one of Nashville’s popular festivals on your itinerary. Book your trip early so that you can get the best deals on accommodations in the historic Union Station Hotel Nashville or the Hermitage Hotel, which have served as the backdrops for several popular movies and television shows. Let Old Town Trolley help you plan your itinerary to enjoy the fall festivals and attractions in Music City. Things to Do in Nashville in the Spring 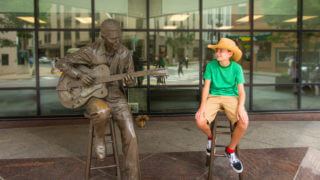 Romantic Things To Do in Nashville
Up Up
Back to top