Explore the Rich History from the Comfort of our Tour Vehicles. Arlington National Cemetery is an enduring tribute to those who’ve dedicated their lives to defending the ideals of our nation. A visit here will leave an indelible impression on your spirit. There are more than 639 acres of hallowed ground and they’re best explored aboard Arlington National Cemetery Tours.

The following stops are the only ones currently open:

Due to construction near the Coast Guard Memorial and Ord & Weitzel Gate (Iwo Jima), we are not able to access those stops at this time. 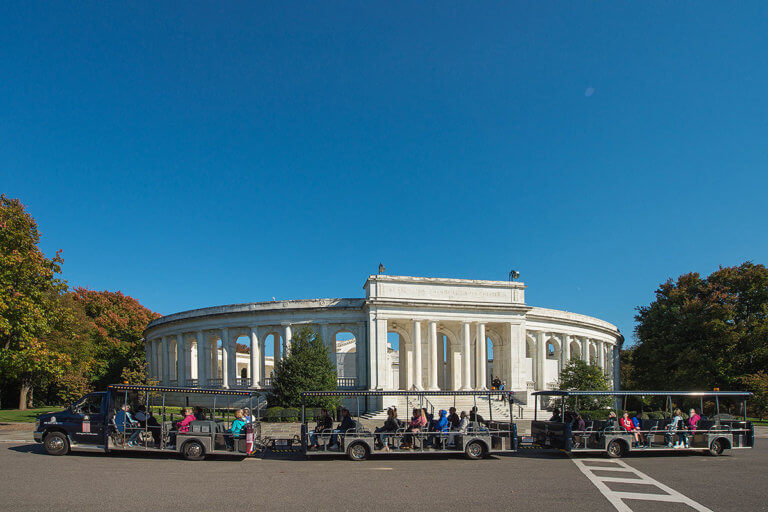 1
Aboard the continuous 45 minute loop, you’ll have the opportunity to disembark and explore.
Hop-On Hop-Off 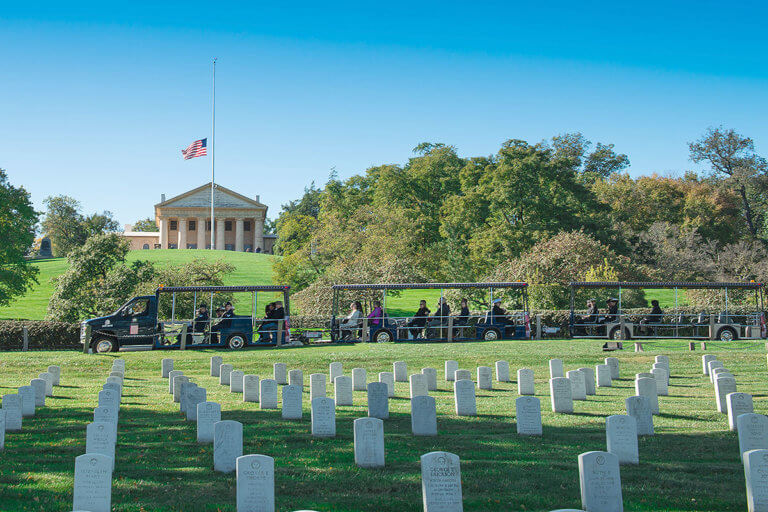 2
The tour makes 5 stops on weekdays and 8 on weekends.
Tour Stops 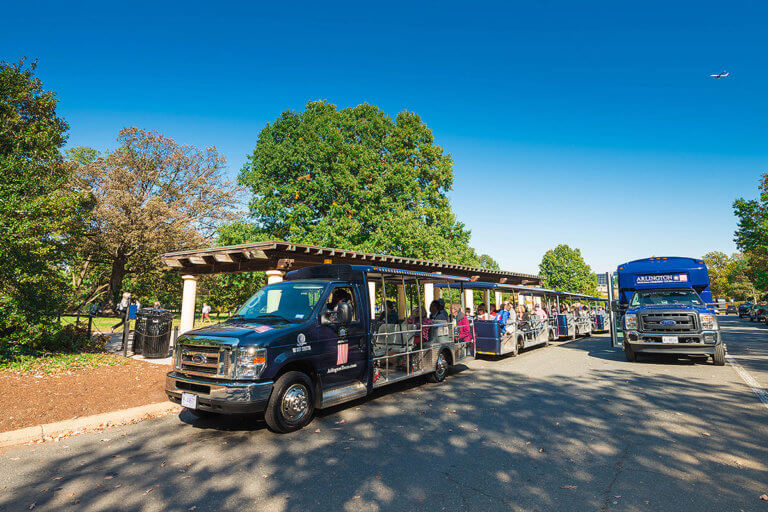 3
Relax on our comfortable tour vehicles as you journey through history.
Tour Vehicles 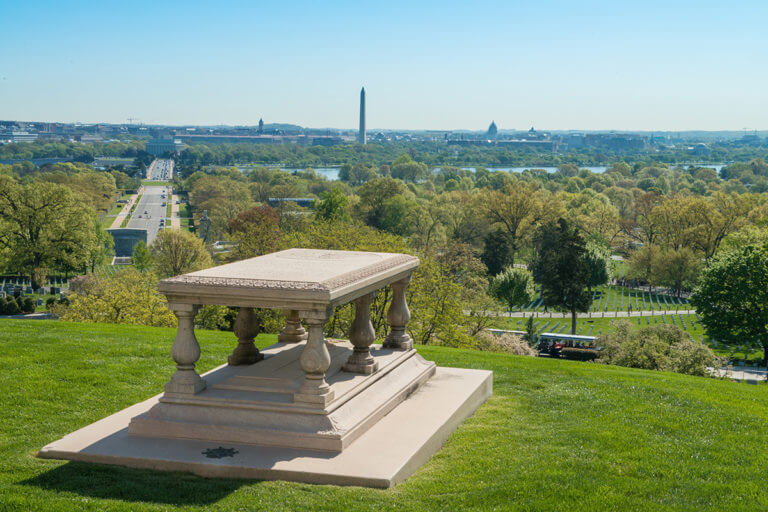 4
Learn about the cemetery’s history, the heroes who rest there, and other stories from your knowledgeable guide.
History & More 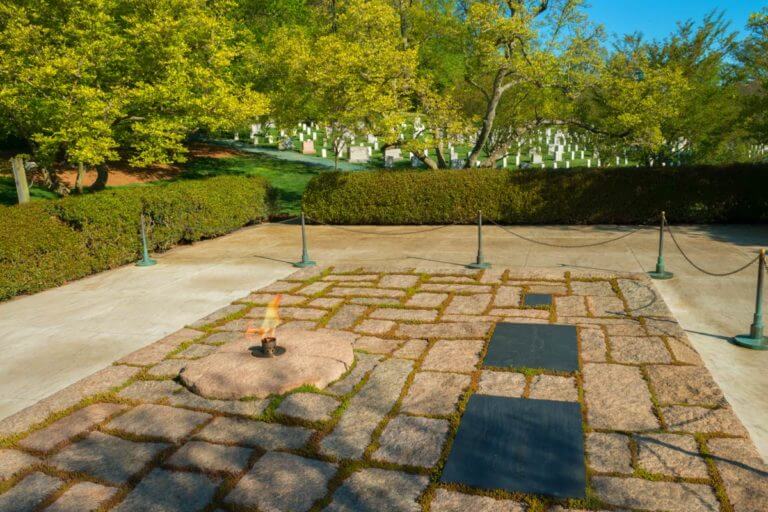 5
You’ll be transported to notable graves and memorials.
Memorials 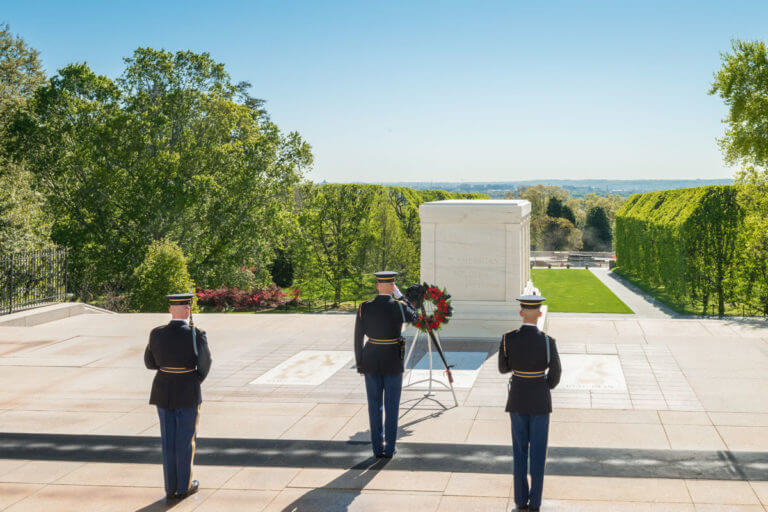 6
The Tomb of the Unknown Soldier is guarded 24/7/365 by volunteer Sentinels from the 3rd U.S. Infantry Regiment.
Changing of the Guard
1

The tour makes 6 stops on weekdays and 9 on weekends. 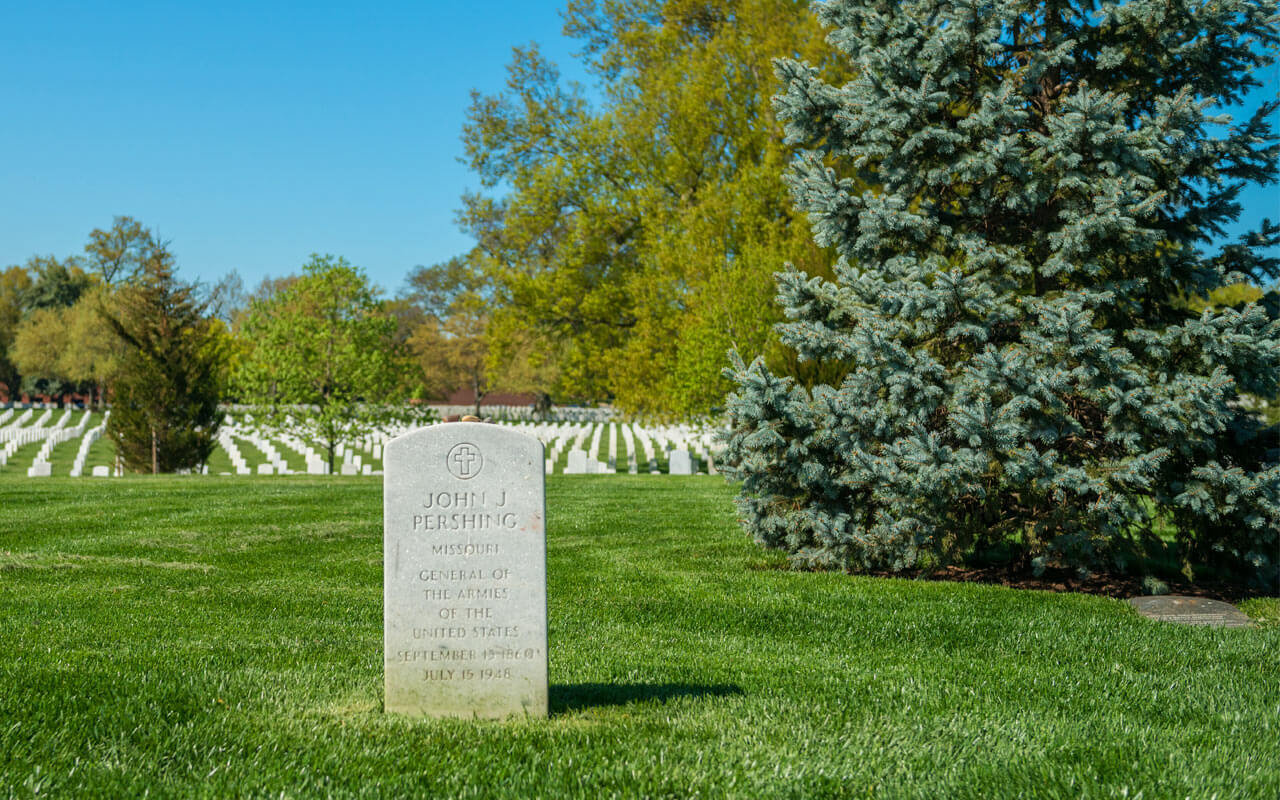 Arlington National Cemetery is located on a parcel of land that once belonged to George Washington’s step-grandson, George Washington Parke Custis. In 1857, Custis left the property to his daughter Mary Anna Randolph Custis and it became the family home for her and her husband, Robert E. Lee.

After the Lee family vacated the property at the onset of the Civil War in 1861, the grounds were used for various purposes, including serving as a camp and headquarters for Federal Troops during the Civil War and later providing a safe haven for former slaves seeking freedom. Arlington National Cemetery held its first military burial on May 13, 1864.

Today, the property is the final resting place for more than 400,000 active duty service members, veterans and their families. It is a place to remember the men and women who served their nation and where all who visit can gain a sense of their sacrifice.

45 minutes: 6 stops on weekdays and 9 on weekends.

November 11: We will be providing transportation for special services at the Cemetery. Tours will not start until approximately 2 pm.

Changing of the Guard at the Tomb of the Unknown Soldier:
October – March: Every hour on the hour.
April – September: Every half hour.