While we all know of the popular monuments, museums and memorials that make Washington DC so famous, there are many less famous points of interest worth discovering. When you’re getting ready to visit our nation’s capital, here are a few of the city’s hidden gems you should consider including on your itinerary.

This once abandoned Baptist church in Southwest DC was transformed into a work of art in 2014 by Atlanta artist Alex Hense Brewer. Now an eye-catching, colorful and vibrant icon in what was a dwindling DC neighborhood, the Technicolor Church is located at 700 Delaware Avenue and is truly a site to see. Make sure to bring your camera! Since its completion, the neighborhood has evolved into a hub for artists with a new art museum in the works just across the street from the church.

This hidden gem is considered by many to be the top spot for plane watching in the USA. Located on the edge of the Potomac River, Gravelly Point is easily accessible. You’ll find you’re not the only one hanging out to watch in wonder as the planes fly directly overhead every 3 to 5 minutes. Located within Dumbarton Oaks Gardens, this really cool pond is not only pretty, but it also plays music! There are speakers mounted on acrylic pipes that stick out of the water and through them visitors can hear the melodies of bird songs, wind, bamboo percussion instruments and other sounds that have been recorded from within the gardens. An amphitheater surrounded by lush foliage makes the experience one-of-a-kind. 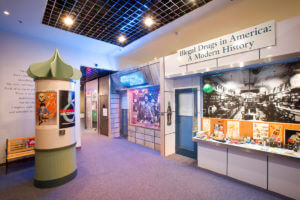 Bet you never heard of this DC museum. Most folks haven’t; but truth be told, it’s not only one of the most unique concepts when it comes to museums, but it’s also totally cool. Here, you’ll learn all about the history of drugs, drug addictions and drug law enforcement in the United States. There are hosts of intriguing exhibits, displays and interactive stations as well as educational programs. Learn about the Columbian cartels, the bundles of pot that were dropped over San Diego and much more. Located at the top of a hill in Georgetown’s Oak Hill Cemetery, this Gothic Revival chapel looks like something out of a storybook, especially if you visit on a foggy day. Sometimes referred to as a miniature Gothic gem, it was built in 1850 by James Renwick.

Built in the early 1880s, the Summerhouse was designed by architect Frederick Law Olmsted. It was created to offer a quiet place for visitors to the capitol to rest and enjoy a refreshing drink of water. Its construction of red brick is shaped in the form of an open hexagon and it has a unique basket-weave design to it. A beautiful and relaxing spot, this hidden DC gem is worth a view while you’re in the area. Be sure to check out the fountain in the center, which is where guests could get a drink of water piped in from a spring.

Bet you didn’t know there was an Albert Einstein Memorial in Washington DC! Don’t worry though, because you’re not alone. It’s often overlooked in the shadow of all the other striking memorials and monuments in the city. It’s located in a grove of trees on the grounds of the National Academy of Sciences, which is very close to the Vietnam Veterans Memorial. A 21-foot bronze statue of the famed physicist sits amongst holly and elms trees and at the base features a sky map of the universe with 2,700 stainless steel markers that create a celestial map. Be sure to get pictures; it’s a must-see.

Located Northeast, the approximately 700-acre recreation area is home to a wide variety of flora and fauna. The park hosts an annual summer festival celebrating the spectacular blooms of lotuses and water lilies. While spring and summer are the best times to visit, the preserve is a natural habitat that provides a tranquil retreat from the surrounding urban sprawl any time of year.

Along with the Lincoln Memorial and Ford’s Theater, fans of Abraham Lincoln should not miss the Summer Cottage situated 3.5 miles from downtown. Located in northern D.C. on the grounds of the Old Soldiers’ Home, the cottage provided a respite for the 16th president, especially during the oppressive summer months. It was here that Lincoln penned various notes for the Emancipation Proclamation.

Fort Stevens, part of the extensive Civil War fortifications built to defend the capital, has been partially restored. The fort sat astride the main northern thoroughfare into the city. In 1864, President Lincoln came under Confederate fire while touring the bastion to observe fighting nearby. A commemorative plaque recounts the event, which is the only time an enemy combatant has fired shots at a sitting president. 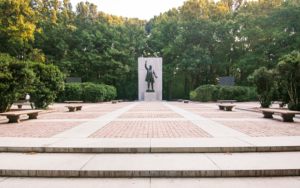 Located in the Potomac River west of the city, Roosevelt Island is a national memorial to the 26th president, an avid conservationist. The namesake wilderness preserve offers numerous walking trails that afford the opportunity to view a variety of wildlife species. The 88-acre park also has a memorial plaza featuring a 17-foot-tall sculpture, two fountains and four stone monoliths inscribed with some of his famous quotes.

The Chesapeake and Ohio Canal stretches for 185 miles to upstate Maryland from its origins in Georgetown. Its system of locks was a major transportation route during the mid-19th century. Portions of the canal have been restored. You can stay in a lockkeeper’s house, ride a reproduction canal boat as it traverses the waterway and travels back in time while experiencing life along the canal. The towpath is used for scenic hikes, jogging and bicycling. In addition to a number of wildlife species, the canal offers excellent bird-watching opportunities.

Located on 22nd Street NW near S Street NW, the Spanish Steps is an enchanting staircase built in 1911 that was modeled after the Piazza di Spagna in Rome. Designed by local architect Robert Cook, the staircase accommodates pedestrians who need to navigate the steep difference in elevation between S Street NW and Decatur Place NW. A granite lion-head fountain adorns the top of the steps. There is a wonderful view of Embassy Row from the top of the staircase as well.

The oldest continuously operated open-air fish market in the country, the Municipal Marketplace is nestled between the National Mall and the Potomac River. This D.C. landmark features a wide range of vendors serving fresh and cooked seafood from a variety of unique barges.

This bustling commercial strip in northwest DC was once known as the Black Broadway. Many of the corridor’s jazz clubs and theaters that hosted luminaries, including Pearl Bailey, Cab Calloway, Billie Holiday and Sarah Vaughn, still exist. These include the Bohemian Caverns, the Lincoln Theatre and the Howard Theatre, where Ella Fitzgerald won an amateur talent contest. U Street is also a haven for foodies enjoying a wide range of restaurants featuring ethnic menus.

The Mansion on O Street

Designed by Edward Clark in 1892 for his family, the mansion is a series of five interconnected townhouses. The regal estate has over 100 rooms and 70 secret doorways. An architect of the nation’s capitol, Clark incorporated many leftover highly detailed tiles and woodwork into his home. It is believed to be one of the few remaining virtually intact residences from that period left in the District. Today, it is an intimate luxury hotel with various themed rooms and suites.

You can leave the crowds behind and still experience the history and culture of Washington D.C. with these and other hidden gems. 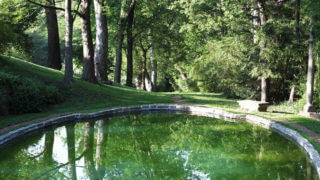