Please Read Below For Important Information 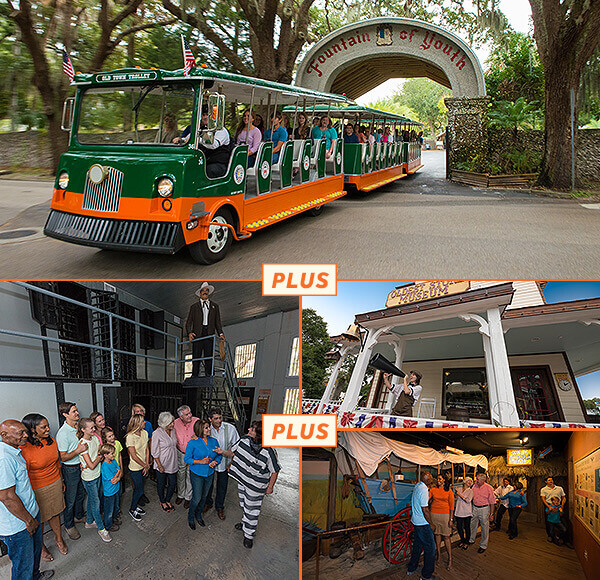 Old Town Trolley Tours: With nearly 500 years of history, including rule by Spain, Britain, and the U.S., St. Augustine is full of sights and attractions that entertain and educate. For over 30 years, Old Town Trolley has provided tours highlighting the best of the city. And visit St. Augustine's best Museums: The Old Jail, Oldest Store Museum Experience and St. Augustine History Museum.

Old Town Trolley Tours: With nearly 500 years of history, including rule by Spain, Britain, and the U.S., St. Augustine is full of sights and attractions that entertain and educate. For over 30 years, Old Town Trolley has provided tours highlighting the best of the city. The Old Jail: Built by Henry Flagler in 1891 and placed on the National Registry of Historic Places in 1987, the Jail was operational for more than 60 years and housed 72 prisoners at a time. Oldest Store Museum Experience: Our local actors and storytellers make this tour with the items and inventions from the turn-of-the-century come to life! St. Augustine History Museum: A combination of historical displays and private collections bring over 400 years of Florida history to life.

Hop on and off at any of our 22 convenient stops.