Things to do in Georgetown 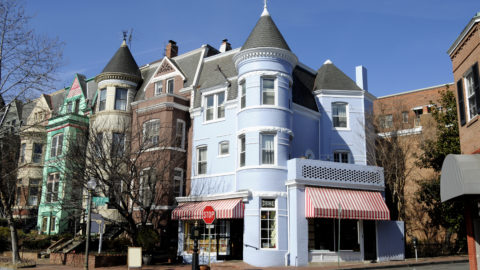 One of the oldest neighborhoods in Washington DC, Georgetown is ideally situated on the Potomac River. In early colonial times, the port served as a major commercial center. Founded in 1751 by George Beall and George Gordon, the original name was the Town of George. Since both of the founders’ first names were George and the English king at the time as well, historians dispute the source of the name of the town

Later, it was home to many prestigious people, including John F. Kennedy, and it is believed that the area became increasingly fashionable because of its elite residents.

Today, Georgetown is known for its historic beauty, thriving community and upscale shops, restaurants and cultural venues. It’s also home to the Georgetown University. Visitors to the area enjoy walking along the waterfront or down the cobblestone streets. They can also take time to view some of the 200 year-old homes that have been beautifully restored, there are so many exciting things to do in Georgetown. A visit to Georgetown is not complete without a stop at the Old Stone House. Built in 1765, the Old Stone House is the oldest standing building in Washington DC. A simple, 18th century structure, the outside of the house was made with local blue granite.

Built by Christopher Layman, a cabinetmaker, the Old Stone House was used by Layman as both a residence and a shop. After he died it was sold to Cassandra Chew, who added a wing to the rear of the house. Throughout its longstanding history, the house has been used as a home or residence/shop, until it was purchased by the United States Government in 1953. Although there have been rumors that the Old Stone House was used by George Washington as an Engineering Headquarters, the theory has never been proven. Today, visitors can enjoy a tour through this unassuming treasure which represents how ordinary Americans and their families lived and worked. 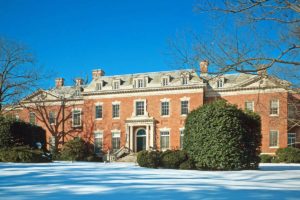 Most famous as the setting for the historic meeting of world leaders in 1944 when they gathered to draw up the United Nations charter, Dumbarton Oaks offers visitors an enlightening and educational experience. There are several things to do here and various guided tours are available. The historic gardens, designed by Beatrix Farrand, are extraordinarily breathtaking and serene. The Museum, housed inside a historic mansion built in 1800, showcases a world-class collection of pre-Columbian and Byzantine art and is framed by magnificent landscaping.

Dumbarton Oaks is also a research library that is frequented by researchers who come to study its books, objects, images and documents; it’s also an idyllic setting for lectures and concerts. Entrance to the museum is free; entrance to the gardens is $8 during summer months and free during the winter. Located at 1703 32nd Street Northwest in residential Georgetown. For those who remember “The Exorcist”, these steep steps between M Street and Prospect Street in Georgetown are a must see and maybe even a must climb. Still as eerie and bleak as they were in the 1973 movie, many who visit Georgetown get a kick out of taking pictures of themselves and friends at the top of the famed 75-step staircase. Although, their most popular use today seems to be a good aerobic workout for Georgetown students or others looking to stay fit.

Set on the Potomac River, the House of Sweden is the home of the Embassy of Sweden and the Embassy of Iceland. It is widely recognized for its award-winning modern architecture that shows off Scandinavian design. Visitors enjoy the large exhibition space that’s open to the public featuring various current international issues. The House of Sweden is located at 2900 K Street Northwest at the east end of Washington Harbor.

Visit the Georgetown portion of this huge park to see the many restored and renovated buildings that line the paths through the historic industrial center of the area. It’s an interesting journey through history. Take a mule-pulled barge ride through some of the working locks and enjoy the pretty scenery that draws bicyclists, joggers and others who love the outdoors.

The Mount Zion Cemetery is located at the intersection of 27th and Q Streets overlooking Rock Creek Park. This historic cemetery dates back to 1808 and is one of the city’s oldest all-black burial sites – once reserved for the burial of free blacks. Just a few blocks away from Mount Zion, Oak Hill’s gracious mausoleums, elaborate gravesites, Gothic Chapel and gates draw visitors to explore. It’s here that Abraham Lincoln’s son, Willie, was originally buried until being re-interred with his father in Illinois. Other notable folks buried here are Edwin Stanton, Lincoln’s secretary of war, Dean Acheson, Truman’s secretary of state, and Philip and Katherine Graham, both publishers of the Washington Post. There’s also a lovely botanical garden that offers a relaxing setting for a leisurely walk. Oak Hill Cemetery is located at 3001 R Street Northwest. 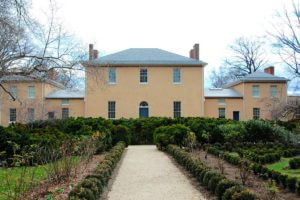 This stately neoclassical mansion was built in 1815 by the first mayor of Georgetown. A visit here treats you to a view of many 18th and 19th century American furnishings and a look at the large collection of items that belonged to George and Martha Washington. On its 5 1/2 acres you’ll also have the chance to roam through the estate’s beautiful gardens. Tours are given on the hour everyday except Monday. Tudor Place is located at 1644 31 Street Northwest. This beautiful chapel also played a role in the movie “The Exorcist;” it was here that the priests discovered the defaced statue of the Virgin Mary. But there’s more to this historic quadrangle – it was in the oldest building of the north side, Old North, built in 1795, that Abraham Lincoln gave his speech to the stationed Union Soldiers in 1861. This is a top thing to do in Georgetown. A new national park in DC, the Georgetown Waterfront Park stretches along the banks of the Potomac River from 31st Street Northwest to the Key Bridge. Within these 10 acres, you’ll find an interactive fountain, water steps, lots of green space, and pretty pathways to walk, run or cycle. There are also gorgeous, unobstructed river views and a labyrinth to explore, making exploring the Georgetown Waterfront Park a top thing to do in Georgetown. 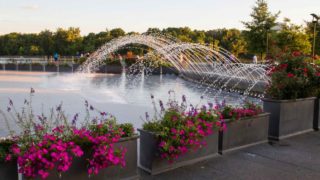 Oak Hill Cemetery
Up Up
Back to top