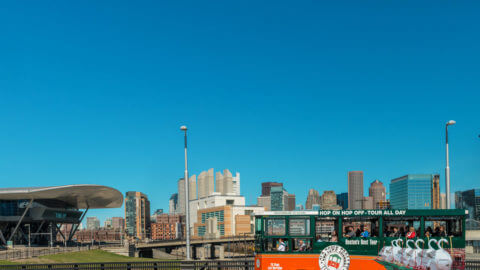 Located on Boston’s waterfront, just across from downtown and not far from the airport, the Seaport District is one of the city’s most burgeoning neighborhoods. If you were looking at a map, you’d find this area stretches from the harbor to Fort Point Channel and into South Boston to East and West First Streets. It includes the four neighborhoods of Fort Point, Fan Pier, the Convention Center, and the Marine Industrial Park.

And while a couple of hundred years ago you might not even be looking for this neighborhood at all, the Boston Seaport is gaining momentum and popularity as one of the hippest hoods in the city. For those who live here, there’s hope this blooming sector of Boston will soon rival the city’s other beloved neighborhoods. From trendy retail shops to delicious restaurants and lively bars, the Seaport District is a great place for locals to spend a Saturday afternoon and visitors to add to their itinerary. The Institute of Contemporary Art, known as ICA, attracts those interested in arts and culture and new businesses are spurring activity in this once over-looked neighborhood.

History of the Seaport District

From a muddy slab to a haven for factories to a trendy neighborhood, Boston’s Seaport District has gone through its ups and downs. Today, locals and tourists alike are drawn to the Seaport District and its energetic, artsy and eclectic persona.

Over 150 years ago, what is now the Seaport District was just a muddy slab in the Boston Harbor. According to historical accounts, much of it was actually under water up until about the 1800s. Like many harbors throughout America, its usefulness caused a surge of activity in the early 20th century when ships began delivering raw materials to the emerging factories in the area. It wasn’t long before the Seaport District was a bustling commercial port, ripe with opportunity and activity.

A Much Needed Revitalization

Despite the growth seen in the 1800s, the mid 1900s saw factories either closing down or moving somewhere else. Much of the area declined, leaving what many referred to as a desolate wasteland of empty parking lots and abandoned warehouses. A decade or two later, somewhere in the vicinity of 1968, the once bustling district turned ghost town caught the attention of Mayor Kevin White, Boston’s 51st mayor. White was instrumental in initiating the redevelopment of the Seaport District; but the area’s true champion was Mayor Tom Menino, who was the city’s 53rd mayor and longest serving mayor thus far.

Menino pushed for construction of both the Boston Convention & Exhibition Center and the Institute of Contemporary Art. He even proposed to move City Hall from its current location to the Seaport. He branded the area the “Innovation District” and influenced the creation of a tech hub that would soon rival Cambridge.

Another Piece of the Puzzle

In the late 1990s, the Seaport District received another boost when the John Joseph Moakley United States Courthouse moved in. This was not only an indication of the renewed importance of the once-rundown district, but also a grand statement of how the area’s natural beauty could complement and enhance architecture. The new federal courthouse is a magnificent structure that features an 88-foot-tall glass wall that overlooks a park and the harbor. To many, this building signified that the district would soon be a force to be reckoned with. The neighborhood would provide a place for business and leisure.

A Place of Work Life Balance

It was soon after that the Seaport District welcomed a new milestone to its list of accomplishments. This one came in the form of the new I-93 and I-90 interchanges, connecting downtown with the district and giving people from all corners of the city a quick and easy way to get there. It didn’t take long for Boston residents and visitors to come and when they did, hotels, the Institute of Contemporary Art, numerous offices, co-working spaces, retail outlets and residences came too. The Fort Point warehouses soon became the new home for many tech companies and art and photography studios who ditched the more expensive rents in Cambridge for this up and coming alternative.

Our recommendations for the best restaurants
in the Seaport District include: There’s no shortage of places in the Seaport District to party, dance the night away or just relax after a long day of sightseeing. For those interested in unique finds, stop by Whiskey Priest’s rooftop patio where you can gaze out at the Boston Harbor while sipping an extraordinarily delicious cocktail. For beer connoisseurs, Atlantic Beer Garden offers an awesome selection of craft beers. And the Harpoon Brewery, New England’s largest specialty brewery, gives you the opportunity to take a tour, sip and sample cold brews and enjoy various events they host throughout the year.

Deciding When to Visit

It may come as no surprise that the best time of year to visit the Seaport District is between spring and fall. From April through October, you’ll find the mild temperatures that are pleasant and even. An occasional rain shower won’t slow you down from strolling around the neighborhood.

Although it’s usually not recommended that you visit anywhere in Boston during the winter, if you’re a fan of chillier weather and don’t mind trudging through a few inches of snow, the Seaport District will still be welcoming and hopping with activity. The views of the harbor are the complete opposite of an island paradise, but no less stunning.

Finding the Perfect Place to Stay Boston’s Seaport District has an abundant array of options when it comes to accommodations. Whether you’re looking for something upscale and luxurious or a little more intimate and casual, there are plenty of hotels in the area.

No matter when your Boston vacation will be, remember to pack the most comfortable walking shoes you have. It’s a walkable city and the Seaport District is the ideal spot for enjoying a relaxing stroll, day or night. That being said, everything else in your suitcase will depend on which season you’re visiting. Here’s a general guideline to follow to ensure your comfort and enjoyment while in the neighborhood:

Usually the coldest months of the year in Boston’s Seaport District, it’s a good idea to invest in a pair of long underwear to wear under your pants. Warm socks, a pair of sturdy boots, sweaters, a hat, pair of gloves, scarves and a good winter coat will also be a must.

During these months, the weather can change dramatically from one day to the next, sometimes even from morning to night. The best tip is to pack clothes that can be layered. That way when the temperature changes, you’re able to adjust your wardrobe without spending valuable sightseeing time running back to the hotel. A hat, pair of sunglasses, sunblock and an umbrella are recommended if you’re visiting during the summer months.

Once fall sets in, there’s a noticeable chill in the air and you’ll want to be prepared. Follow the same layering technique you would use for the spring and summer months, and add on a warm coat.

Transportation to the Seaport District

Located 15 minutes from Logan International Airport and just across from downtown Boston, the Seaport District is easy to get to. Aboard the Old Town Trolley Tour, hop off at Stop 1 and you’re footsteps away from all the district has to offer. You can also get here via personal car, water taxi and public transportation.

From the North via 1-93, head southbound towards Boston. Take Exit 23 for Purchase Street and merge into the left lane. Take the first left onto Seaport Boulevard and cross the Moakley Bridge.

From the South via 1-93, head northbound towards Boston and take Exit 20. Follow the signs for South Boston, staying in the right lane through the tunnel and to the end of the off-ramp.

For a scenic ride, there are various water taxis providing service from downtown Boston to the Seaport District. There are numerous docks available for access to the area.

The Seaport District is easily accessible by the Massachusetts Bay Transportation Authority’s Silver Line Waterfront. The route originates at the South Station and extends to Logan Airport. This route also provides connections to bus transportation.

Bus 4 offers a connection to the Seaport District from North Station and several points throughout downtown Boston on weekdays.

Bus 7 offers a connection from the Seaport District to Downtown Crossing and City Point, South Boston.

Old Town Trolley is a convenient way to explore The Seaport District while maximizing your vacation time. Visit The Boston Tea Party Ships & Museum or dine at one of the great waterfront restaurants. With multiple neighborhood stops, hop on and off at the sites you want to visit and learn about the rest during our fully narrated 90 minute historic sightseeing tour. Find the lowest price and money-saying packages by purchasing tickets direct through our website.

6 Reasons to Visit the Seaport District

Rapidly becoming a popular attraction among visitors, and already a favorite of Boston locals, the Seaport District offers a heap of experiences. Enjoy a stroll along the waterfront, shop for a treasured souvenir, sample the cuisine and explore the ICA’s collection of masterpieces. For those taking the Old Town Trolley, hop off at Stop 18 and discover what all the buzz is about!

The Ultimate in Sightseeing - Whether you enjoy learning about the art, culture, history or uniqueness of a city while traveling, the historic Seaport District has something to explore.

Institute of Contemporary Art - The ICA is a masterpiece on the inside and out. Its intriguing architecture alone is enough to beckon visitors. The building juts out over the water and is made of metal and glass, creating a striking presence on the waterfront. Whether you enjoy artistic pursuits or not, a visit here is never wasted.

Museums and Concert Venues - Also located in the Seaport District are the Boston Children’s Museum, Boston Fire Museum, the Boston Tea Party Ships and Museum and the Blue Hills Bank Pavilion, one of the city’s largest outdoor amphitheaters housing concerts and events throughout the year.

Harbor Cruises - If the nearby water is calling you, hop aboard a harbor cruise for a few hours of sightseeing. Choose among the lunch and dinner options, or be entertained by a specialty cruise ranging from comedy and themed festivities to cocktail parties and more.

Dinner and a View - One of the best ways to experience the freshness and vibrancy of the district itself is through a hearty meal. The area is a true mecca of dining opportunities, all providing dishes as delicious as the views. Oh, and by the way, there are more waterfront dining venues in the district than anywhere else in Boston. High end, relaxed and casual and every atmosphere in between serving up breakfast, brunch, lunch, dinner and late night, the Seaport District dining scene doesn’t disappoint. Know Before You Go Things To Do In The Summer

Know Before You Go Reasons To Visit Boston 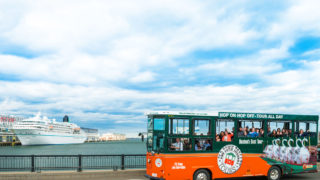