St. Augustine: How Did We Get Here?

St. Augustine is a quaint, sun-kissed city, known for its miles of pristine coastline and ancient forts. But did you know that it is the oldest continuously inhabited settlement in the United States?

The ‘Ancient City,’ as it is affectionately called, is a place that has endured and flourished over the course of an epic 500 year history from the earliest prehistoric settlers, through centuries of conquest by European powers to its place as a winter haven and thriving city as envisioned by Henry Flagler at the turn of the 20th century. Upon entering the St. Augustine History Museum, you will be taken on a sweeping historical journey of the people, places, and things that helped shape this age-old city into a wonderful place to live and share with the millions that visit it every year.

The museum is divided into several galleries, each telling a different aspect of St. Augustine’s long and rich narrative. You’ll see how the nascent tourism industry first started with the arrival of the Cracker pioneers and their covered Conestoga wagons carrying all of their earthly possessions. You’ll learn about the ‘Tin Can Tourists,’ known for favoring eating canned foods, and the vehicles they drove like a fully restored 1927 Ford Model T pickup camper. A City of Transformation

Going back further in time, you’ll explore the vast influence the Spanish had while they dominated the culture here as its first official settlers from 1565 to 1819. You’ll get to see a replicated Spanish galleon, massive cannons, assorted weaponry, armor and other artifacts such as stoneware and articles of antiquity, many of which you can actually touch! From Foreign Flags to Flagler

And of course, one cannot present the history of St. Augustine without the acknowledgment of the many contributions made by Henry Flagler and his Florida East Coast Railway. One of his greatest achievements besides developing resorts, industries, and communities all along Florida’s shores, was the extension of his railway from St. Augustine to Key West completed in 1912.

You can actually see this engineering marvel in miniature with a detailed, full-scale model that allows the visitor to see the train in motion with the push of a button!

There is no better way to encapsulate the far-reaching history of one of Florida’s most legendary cities than with a visit to the St. Augustine History Museum!

THINGS TO DO IN ST. AUGUSTINE

Your ultimate guide through the best of the Ancient City

Things To Do
Reasons To Visit St. Augustine Family & Kids
Things To Do With Kids 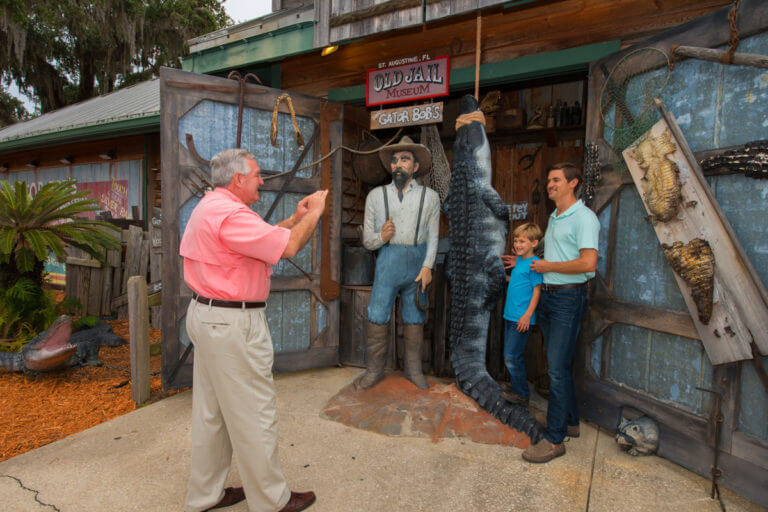 Know Before You Go
History Know Before You Go
How to See St. Augustine in 1 Day 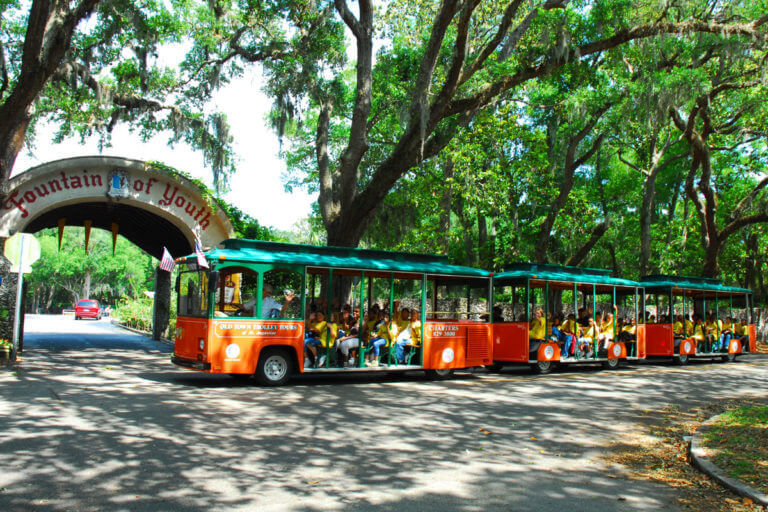 There is free parking available at the Authentic Old Jail.

Reservations are NOT needed or accepted. Tickets can be used on any operating day within 12 months of the purchase date.