Things To Do Near Capitol Hill Things to do near Capitol Hill A grand symbol of the United States Government, the Capitol Building on Capitol Hill is recognized across the world as one of our country’s most prominent icons of Democracy. The striking white dome acts as a focal point to the building which welcomes thousands of visitors every year. Both a working legislative building and a national monument, guided tours are offered all day long and provide an inside look into how our United States government works. When the Senate or House of Representatives are in session, visitors can watch from galleries above their chambers. It’s a remarkable experience for adults and children as well.

Approximate Time to Allow: 2 to 3 hours Upon arrival at the Supreme Court, visitors are often struck by the imposing marble building. Architecturally magnificent, the neoclassical structure was built in 1935 to become the permanent home to the Supreme Court. Walking along the hallway towards the Courtroom, guests are greeted by busts of all the former Chief Justices. The Supreme Court is the highest judiciary authority in the United States and hears about 100 cases each year, although more than 7,000 are submitted before them. Visitors can tour the Supreme Court building, hear lectures on the history of the court and how it works, sit in on sessions on specified days and times and view various exhibits throughout the year. The Library of Congress is unlike any other library in the world. The world’s largest library, it is home to more than 100 million books, maps, recordings, manuscripts, films and photos including items from Thomas Jefferson’s personal collection. In fact, it was Jefferson who donated many items to the library after it was destroyed by a fire in 1814. The new building was properly named the Jefferson Building as a tribute to his generosity. Today, the John Adams and James Madison Buildings are also a part of the Library of Congress and honor these two Presidents for their commitment to improving the library.

The library was originally created to assist members of congress with research and today it still serves as a haven of knowledge and resources to the congress as well as to the American people. In the Visitor’s Center, just inside the Jefferson Building, guests can find out about the many resources available as well as the numerous events, concerts, exhibits and lectures sponsored by the library. Here you can also get maps and see a film that gives valuable information about the library. Stop by the Great Hall in the Jefferson Building for a guided tour and be sure to see the gift shop featuring a variety of memorabilia.

Approximate Time to Allow: 2 to 3 hours No matter what time of year it is, the lush greenery and gorgeous plants are always thriving at the United States Botanic Garden. Located just next door to the Museum of the American Indian at the foot of the Capitol, the Botanic Garden is an oasis of beautiful plant life and flowers and home to 4,000 living species. The conservatory houses exhibits that focus on the importance of plants to people and on the ecology and evolution of plants. Stroll through the many rooms both inside and outside; the colors, sights and even sounds of the gardens will delight and amaze you. Among the different rooms are The Jungle, filled with palms, ferns and vines, the Orchid Room, a meditation garden, primeval garden and more.

There’s also a special garden just for children. Tours are only available on certain days, so just stop by the front desk when you arrive. Things To Do Near The White House 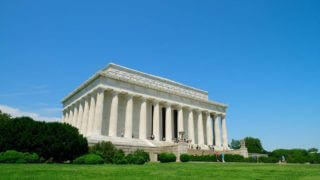 Local’s Guide To Washington DC
Up Up
Back to top