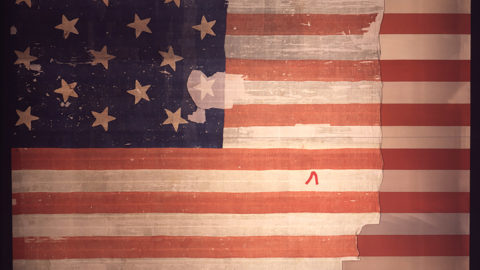 Step inside the National Museum of American History and experience the passion, creativity and inspiration of the American people. Walk through the fascinating exhibits and collections and transport yourself through hundreds of years of history, culture and the lives of our people.  Over 3 million artifacts will amaze and enlighten you, including the original Star-Spangled Banner and Abraham Lincoln’s top hat.

The museum’s exhibits trace the major events and themes in American History offering a vast array of interesting sights, information and exploration. America on the Move gives guests a look into the evolution of transportation in the U.S. from 1870 to the present. Other exhibits like The American Presidency: A Glorious Burden, Within These Walls and more have attracted many millions of visitors over the years. The Archives Center presents an extraordinary collection of documents, photographs, motion pictures and other works including items like the Warshaw Collection of Business Americana, advertising histories of major U.S. corporations and Duke Ellington’s sheet music, correspondence and photos relating to his life and career.

You can even see Archie Bunker’s chair from the classic television series All in The Family and other television-related items. There’s a host of demonstrations, lectures, tours, musical and storytelling events and festivals that make the National Museum of American History an amazing stop on any day. No matter who you are or where you come from, the museum has something in store for you.

A part of the renowned Smithsonian Institution, the National Museum of American History is located on the National Mall at 14th Street and Constitution Avenue. Since its founding in 1964, the museum has shared the rich past of America by showcasing more than 3 million artifacts including the original Star Spangled Banner and Abraham Lincoln’s top hat. Through its multiple exhibits, research and a variety of enrichment programs and events, this special museum helps visitors understand our nation’s past in the hopes of enlightening them to make sense of the present and look forward to a peaceful future. The National Museum of American History welcomed its first visitors in January of 1964 and was officially the sixth Smithsonian Building on the National Mall in Washington DC. More than four million people each year have visited since then and each day, more people from all over the country and the world come to learn, discover and be enlightened.

Construction for this museum actually began in the late 1950s after President Dwight D. Eisenhower signed a bill authorizing $36 million for the museum. The architects, McKim, Mean and White, broke ground on the project on June 28, 1955 and the 750,000 square foot facility would include three main exhibition levels, two office-collection levels and basement and a mechanical penthouse on the roof. No one knew it at the time, but it would be the last project by these architects who were highly regarded in the industry. Because of its location on the National Mall, the museum soon became a National Historic Landmark.

Its original name, The Museum of History and Technology, was changed in 1980 to better represent its mission of collecting, caring, studying and interpreting objects that are reflective of the American people.

Between September of 2006 and November of 2008, the museum was closed to undergo an $85 million renovation. This project included major changes to the building, an addition of a five-story atrium that is framed by numerous displays of artifacts, a grand staircase that bridged the first and second floor of the building, a brand new welcome center, an environmentally controlled chamber to better preserve the Start Spangled Banner and several new galleries.

A second renovation began in 2012 which includes the addition of a west wing to further add to the museum’s exhibition space as well as several public plazas, performance spaces, an education center and a new, panoramic window that will provide magnificent views of the Washington Monument.

Besides getting the chance to view everything from Dorothy’s Ruby Slippers from the original Wizard of Oz, the gowns of America’s first ladies, antique locomotives, the original American flag and Abraham Lincoln’s top hat, which is enough to move anyone, this museum has so many treasures that will leave an indelible impression on you.

The 1st Floor exhibits include those that showcase transportation, innovation and technology in America. You’ll have the opportunity to browse through various exhibits including America on the Move and Lighting a Revolution as well as Science in American Life featuring Robots on the Road, Bon Appétit! Julia’s Child’s Kitchen and Spark!Lab, an interactive, hands-on exhibit.

The 2nd Floor includes the museum’s brand new welcome center and various rotating exhibits including the original Star Spangled Banner as well as a statue of George Washington that was created in 1840. Displays and exhibits in this area of the museum are focused around American Ideals and include the Albert Small Documents Gallery that once had the original copy of the Gettysburg Address.

On the 3rd Floor, exhibits and displays are dedicated to sharing the cultural influences that shape the country and bring people together. Here, you can learn all about the American presidents, their personal and public lives and about the country’s First Ladies, including their contributions throughout history. Also in this area of the museum are several tributes to sports, entertainment and media.

In addition to all the incredible artifacts, documents and compelling items you’ll see here, you can also take a ride on one of the museum’s simulators. Ride a roller coaster (virtually) or drive a race car!

On the lower level of the museum, you can enjoy all-American fare everyday from 10am-5pm which includes barbeque, soups, salads, burgers, pizza and much more.

The museum also has two stores for your shopping pleasure including the Mall Museum Store on the second floor and the Price of Freedom Store on the third floor.

This shop features many items from America’s pop culture including novelty items, toys, gifts and t-shirts featuring the likes of Elvis Presley, Lucille Ball and more.

The Price of Freedom Store

Things to do close by

Because of its convenient location on the National Mall, the National Museum of American History is situated among many popular sites and attractions. Here are a few of the things to do and see that are closest to the museum:

Just footsteps away from the National Museum of American History, this Smithsonian Institution museum was established in 2003, but did not open to the public until September of 2016, making it the newest museum in the Smithsonian Institution as of this writing. It is the only museum devoted exclusively to the documentation of African-American life, history and culture. Here you can browse through a collection of more than 36,000 artifacts, items and discover the rich heritage of African–American culture through numerous intriguing displays and exhibits. The Hope Diamond, dinosaurs and an incredible view of the mammals that used to roam the earth are just some of the sights you’ll see at this museum. There are more than 126 million natural science specimens and cultural artifacts to learn about. Spanning the size of 18 football fields, with a main exhibition space of 1.5 million square feet, you will be awed by the enormity of this facility and all that it holds—including more than 400,000 photographs, seven million fish in liquid-filled jars and 30 million insects pinned inside boxes for your fascination.

Opened in May of 1998, this unique building is the first and only federal building in Washington DC that is dedicated to both private and governmental use. Inside, you’ll find trade-related government agencies, private sector global organizations, retail establishments and non-profit organizations among others. Be sure to see the numerous sculptures, historical pieces, paintings and exhibits including hero-size bronze medallions, one of Ronald Reagan and the other of one of his famous quotes, “There are no limits to growth and human progress when men and women are free to follow their dreams.”

The castle, as it is affectionately deemed, stands out among the many iconic buildings on the National Mall. Constructed of red sandstone in the late Romanesque and early Gothic architecture, the building was completed in 1855 and was the first Smithsonian building. At that time, it was the anchor of the National Mall. The castle was the home and office of the first secretary of the Smithsonian, Joseph Henry, and until 1881 was where research and all operations were conducted for the institution. Today it serves as the administrative offices for the Smithsonian. A crypt, just inside the north entrance, houses the tomb of James Smithsonian, the founding donor of the Smithsonian Institution. One of the most moving experiences you’ll likely have on the National Mall, the United States Holocaust Memorial Museum is a living memorial dedicated to the Holocaust. Since opening, this special museum has had more than 40 million visitors walk through its doors. Exhibits tell the story of the Holocaust, including a narrative history, historical artifacts, video footage and personal stories. Perhaps the most iconic sight you’ll see and the one that serves as the most recognizable symbol of Washington DC, the Washington Monument is just a short walk away from the National Museum of American History. Built as a tribute to our nation’s first president, the monument is 555-feet high, soaring above the city and drawing visitors in from all over the world.

2 Day Itinerary
Up Up
Back to top