We created this page to help guests plan a great celebration while visiting historic Boston. We’ll offer you some local tips on the best places to watch the fireworks and celebrate America’s Birthday!

Relive the single most important event leading up to the American Revolution in 1773. Interact with colonial participants from the Boston Tea Party this 4th of July weekend and explore the historically restored tall ships, and experience a holographic encounter with the “Let It Begin Here” movie presentation.

Boston Common was established in 1634 and is on the List of National Historic Landmarks. Today, this expansive green space is the starting point of the Freedom Trail and the anchor of the Emerald Necklace, a system of connected parks that winds through various Boston neighborhoods. Its long history includes being used as a campgrounds for British Troops, the site of public executions and the place where several notable visionaries and leaders gave legendary speeches including Martin Luther King Jr., Pope John Paul II and Gloria Steinem. Today, Boston Common is still a place for many public gatherings, festivals, events, concerts and sports as well as a pleasant place to jog, bike and walk while enjoying the pretty scenery. Open on 4th of July weekend, located at the foot of Beacon Hill. 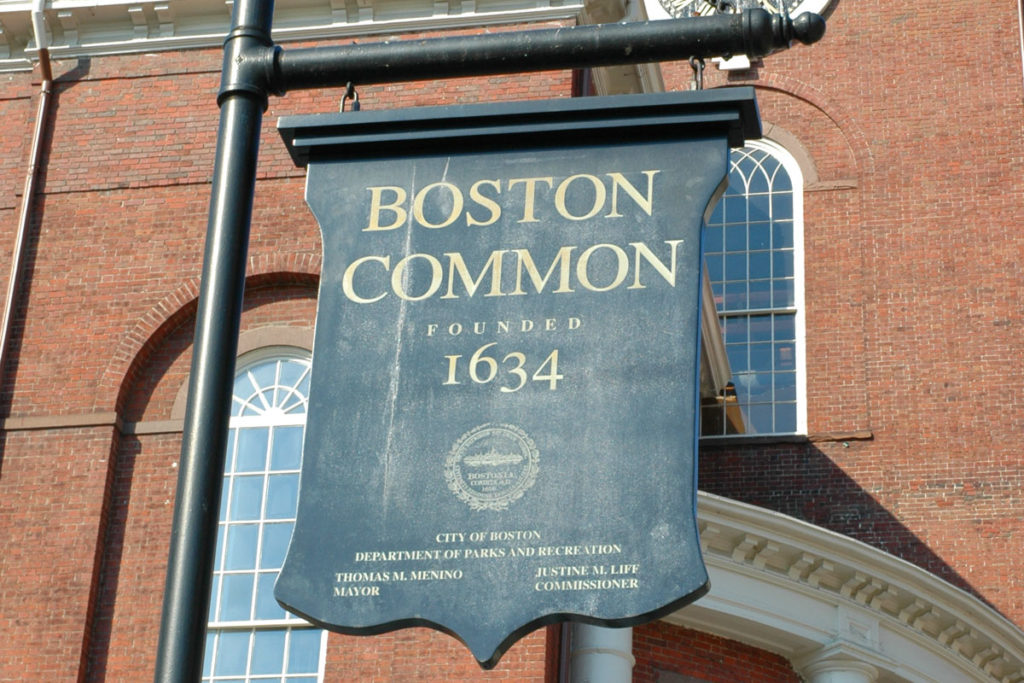 The New England Aquarium is also open 4th of July, situated on the scenic Central Wharf, has more than a dozen exhibits that highlight hundreds of different species from around the world. Attracting 1.3 million visitors each year, the Boston Waterfront attraction recreates natural habitats ranging from reefs and tide pools to rocky shorelines. In addition to its exhibits, the aquarium offers Whale Watch excursions that take visitors 30 miles east of Boston to Stellwagen Bank where you can see whales, dolphins, sea birds and other marine life. The aquarium also has an IMAX® Theater that features films of animals and their habitats, 3-D movies and first-run feature. 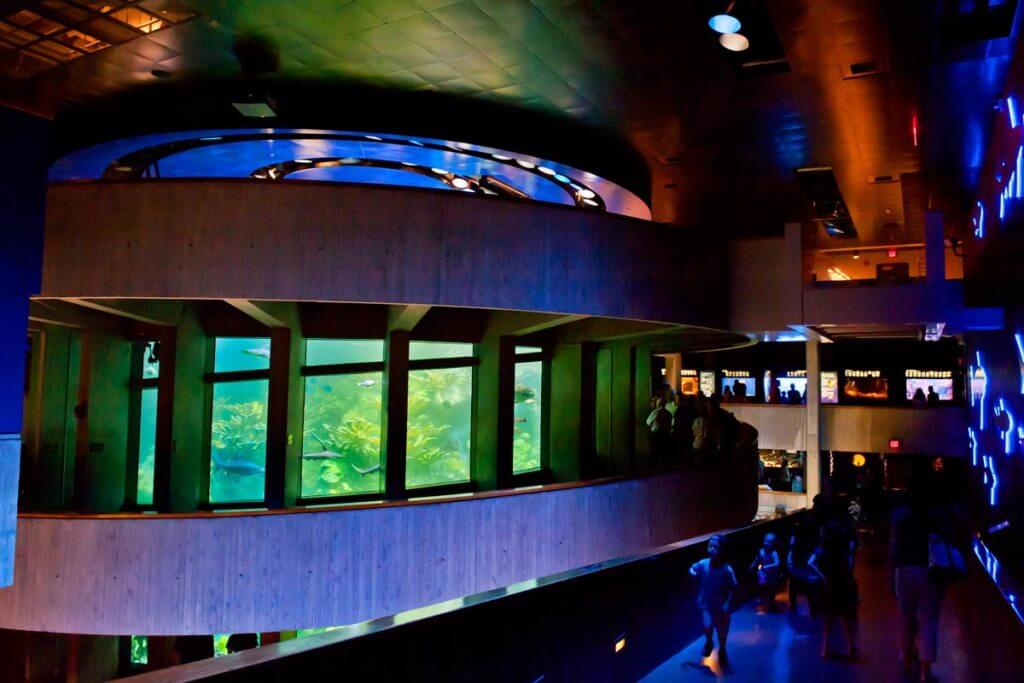 All weekend explore the haunted past of Boston, open 4th of July. See some of the city’s spookiest sites, including the Omni Parker House, King’s Chapel Burying Ground and much more. Climb aboard the Trolley of the Doomed for a chilling “frightseeing” tour you’ll never forget. Visit the Ghosts & Gravestones website to learn more.

Open on 4th of July weekend, this attraction is a great way to see all the sights, the Old Town Trolley Tour will take you to more than 100 of the city’s most popular attractions. Along the way, you will be entertained by the onboard conductor and have no need to worry about finding parking around the city. Hop on and off as often as you wish and check out all that Boston has to offer.

For the average Bostonian, life in the New England colonies during the 17th century was, as you might’ve guessed, not exactly one of ease and leisure. Before they were built by stone or brick masonry, homes were small, dank, drafty and made entirely of wood. This building practice was abolished toward the advent of the 1700s due to the susceptibility of fire. Most of the population subsisted as farmers, the drinking water was unsafe, medicine was still in the Dark Ages, and the average lifespan was just shy of 40 years. These were arduous and challenging times and living under the yoke of an oppressive foreign monarchy would eventually prove too much to bear and, thus, a revolution was born. Comprised of 16 places of interest, each one a milestone in the evolution of Boston from English colony to independence, the Freedom Trail is an essential component of any trip to Boston. This historic attraction literally lays out Boston’s colonial history before you on the very streets where the city’s most transformative events unfolded several hundred years ago. 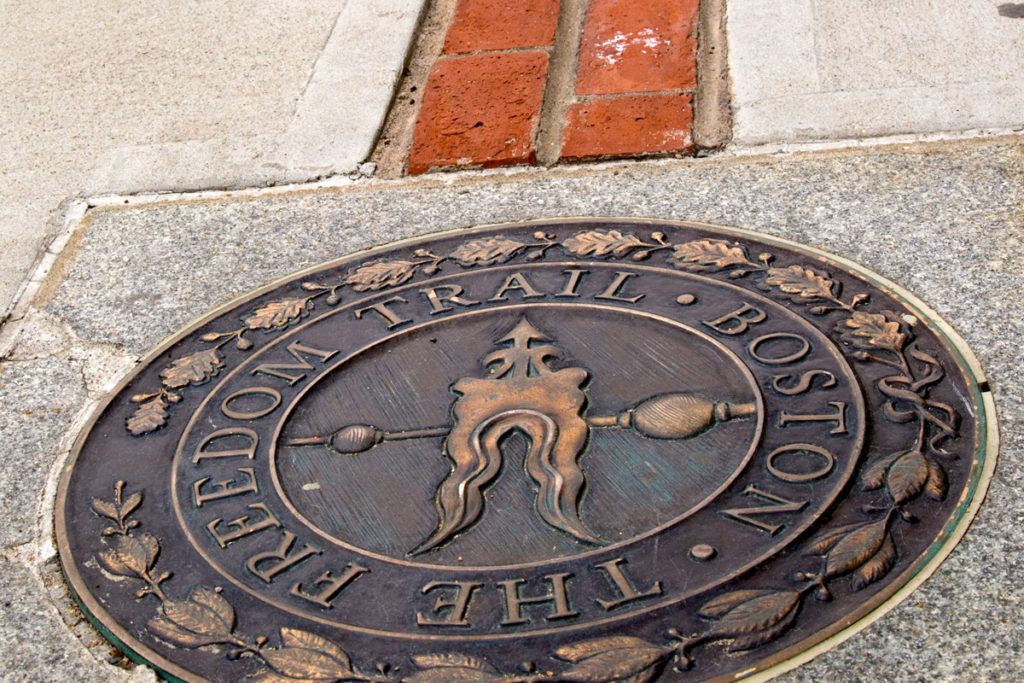 More than a dozen theaters are clustered in the Boston Theater District. On Warrenton Street or Shear Madness Alley, the Charles Playhouse is home to the Blue Man Group, as well as Shear Madness, the country’s longest running non-musical play. Other theaters include the Colonial, Shubert, Orpheum, Opera, Emerson Majestic Wilbur, most of which were built in the grand architectural style of early 1900s performance halls. These beautifully restored Boston gems, some intimate, some grand, host critically acclaimed productions. Boston Harbor Cruises has been introducing visitors to the Boston Harbor since 1926 and are open on 4th of July. Today they are New England’s oldest and largest cruise company. Boston Harbor Cruises offers Whale Watching, Sightseeing, Lighthouse, and Sunset Cruises, in addition to fast ferries for private functions and general entertainment. Boston Harbor Cruises also runs The Landing, Boston’s only fully outdoor patio bar and a great spot to enjoy drinks and the view of the Boston harbor. There’s no reason to trek to Boston’s Historic Ballpark when you can catch a Red Sox game on TV from the waterfront! Restaurants and Places to Eat Open 4th of July Weekend

Anthem Kitchen & Bar is a comfortable neighborhood restaurant tucked into the heart of Boston’s historic Faneuil Hall. Gather with friends this 4th of July weekend, at the bar to share loaded short rib tots, warm potato chips, mussels, oysters, or a number of other delicious American appetizers. Open on 4th of July weekend, the historic landmark pub was transformed from a long-standing neighborhood gathering spot for locals into one of Boston’s must-see stops for visitors after gaining notoriety as the location of the popular 1980’s TV sitcom, Cheers. The Cheers Pub was founded in 1969 and was discovered in 1981 by Hollywood couple Mary Ann and Glenn Charles. During their visit, they photographed the interior and exterior of the pub, which they gave to the set designer back in Hollywood to replicate for the set of the show. Cheers premiered on NBC in 1982 and remained on the air for 11 seasons, receiving over 100 Emmy nominations over the years. The pub eventually changed its name to Cheers to avoid confusion. Ned Devine’s Irish Pub is Faneuil Hall’s only restaurant and bar for modern pub dining and lively nightlife. The menu features a mix of classic Irish dishes and New England favorites like award-winning clam chowder, lobster rolls and fish & chips. Enjoy your 4th of July afternoon sipping on local beers or craft cocktails on the seasonal outdoor patio or join the vibrant nightlife crowd for live music every Friday and Saturday night. 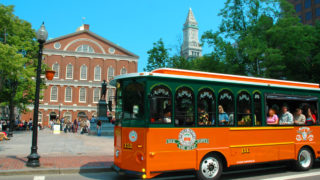