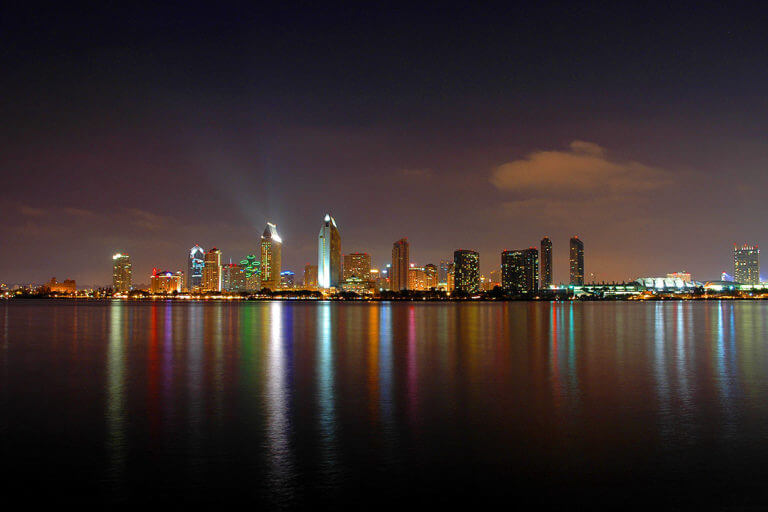 The tour includes one 20-minute photo-op stop at the Coronado Ferry Landing.

500 Kettner Blvd.
Seaport Village
Next to the Harbor House Restaurant

See online reservations for specific tour dates and times or call us at 866-754-0966. No tours offered during December.

Please dress appropriately as there may be cool temperatures at night.

Part of the tour involves walking, so wear comfortable shoes.

Due to traffic congestion and time constraints, we do not visit the Gaslamp Quarter sign or the Hotel del Coronado.

We offer a complimentary shuttle to Seaport Village for anyone wishing to start the night from Old Town at 4010 Twiggs Street. At the end of your tour, the trolley will shuttle you back to Old Town. Shuttle leaves 1 hour prior to the start of your tour. Please arrive in Old Town at least 30 minutes earlier than shuttle departure to allow for parking. For more information, call 619-298-8687.