A grand symbol of the United States Government, the Capitol Building on Capitol Hill is recognized across the world as one of our country’s most prominent icons of Democracy. The striking white dome acts as a focal point to the building which welcomes thousands of visitors every year. Both a working legislative building and a national monument, guided tours are offered all day long and provide an inside look into how our United States government works.

A symbol of the United States and American democracy recognized around the world, the U.S. Capitol Building is both a monument and working office building. The evolution of this iconic edifice parallels the growth of the nation and it serves as the center point for the city’s quadrant and street numbering system. It sits atop Capitol Hill, which is located at the eastern end of the National Mall. The setting provides dramatic vistas of the Washington Monument as well as the other memorials, monuments and buildings that line the Mall.

History of the Capitol Since its inception in 1793, the Capitol has gone through many phases; it was built, set ablaze and then reconstructed. The federal government has also expanded and restored the building several times during its more than 200-year history. After George Washington selected the area that would become the federal city, French engineer Pierre Charles L’Enfant chose an elevated site within the district, then known as Jenkins’ Hill, as the location for the Capitol. He believed that it was a pedestal awaiting a monument. L’Enfant was initially tasked with designing the building, but after his clash with the commissioners a competition was held to select an appropriate design; none of the submitted drawings were accepted. Even though the competition had ended, the committee accepted and then approved a submission by Dr. William Thorton, a Scottish-trained physician. President Washington laid the cornerstone on September 18, 1793.

Rebuilding After the War

Ten years later, Benjamin Latrobe was hired to oversee the ongoing construction of the Capitol. The architect made several changes to the building, which was then torched when the British sacked the city during the War of 1812. A fortuitous rainstorm prevented its total destruction, although there was still cause for Latrobe to begin the process of rebuilding the edifice. He was eventually replaced by Charles Bulfinch in 1818, who would go on to complete the areas of the building that accommodated the House, Senate and Supreme Court. Bulfinch also designed and built the Capitol’s original wooden dome. The Growth of a Nation and Building

As the size of Congress grew along with the country, the Capitol was expanded and remodeled several times. Under the guidance of Philadelphia architect Thomas U. Walter, large north and south wings were added, which doubled the size of the building. The House and Senate first met in their current chambers in 1857 and 1859, respectively. Because of the building’s new grander scale, the Bulfinch dome was replaced by its current cast iron version in 1863. During the Civil War, the Capitol also served as a hospital, barracks and bakery.

Keeping up with the Times

During the late-19th century, the Capitol would receive several modern features, including steam heat, an elevator and electricity. As part of the landscaping plan, the north, south and west sides of the building received marble terraces. The east and west facades of the Capitol would be redesigned in the early- and mid-20th century. The Capitol continues to undergo regular maintenance and periodic major restoration projects like the $60 million work on the Capitol Dome that began in 2014.

The public tour of the Capitol is 45-minute long and includes a visit to the Rotunda. The guide will mention the chamber’s unique acoustic effect that amplifies the voice of a speaker. Even though the speaker is standing yards away it sounds as though they are standing next to you. The ceiling of the Capitol Dome features murals and frescoes significant to U.S. history, including the “Apotheosis of Washington,” which depicts the former president ascending to the heavens accompanied by Liberty and Victory. Other murals depict the “Baptism of Pocahontas” and the “Signing of the Declaration of Independence.” Other stops on the tour include the Crypt, the National Statuary Hall and several connecting halls, such as the Brumidi Corridors that are adorned with priceless works of art. Filled with Neoclassical Doric columns, the Crypt is situated directly below the Rotunda. It was originally designed to be the burial tomb for George Washington. A marble compass inlaid in the floor marks the location for the center point of the city’s quadrant system.

National Statuary Hall contains statues that each state and the federal government considers historically significant. In addition to nine statues of women, the collection includes a statue of King Kamehameha, which is the largest on display. The shape of the large, semi-circular, two-story room, also known as the Old Hall of the House, was inspired by ancient Greek amphitheaters. It features intricate marble details and the sculpture “Liberty and the Eagle” by Enrico Causici.

A visit to the Capitol would not be complete without a tour of the Capitol Grounds, a 270-acre park originally designed by Frederick Law Olmsted. The landscape architect is also renowned for his design of New York’s Central Park. In addition to more than 100 species of trees, ornamental shrubs and colorful flowers, the landscaped park features the Bartholdi Fountain, the Capitol Reflecting Pool and the Neptune Fountain. The Capitol Grounds is also the setting for monuments and memorials to Ulysses S. Grant, James Garfield and Robert Taft. The Summerhouse offers a place for quiet reflection.

A complimentary tour of the Capitol is available to individuals who make an advanced reservation. Although there can be same-day tickets available, space on the tours is limited so reservations are highly recommended. The tours, which include a 13-minute orientation film, take place from 8:30 a.m. until 4:30 p.m. Monday through Saturday. Print out your reservation beforehand or present the reservation number you were assigned. If you want to tour the House or Senate Galleries as well, contact your state representative for complimentary tickets. The Visitor Center is closed on Thanksgiving, Christmas, New Year’s Day and Inauguration Day.

The entrance to the Visitor Center is located below the East Front Plaza between Constitution and Independence Avenues. The lines to enter the Visitor Center and Capitol can be long during the peak spring and summer tourist seasons. Audio tours are available in several languages. All visitors are required to pass through a security checkpoint. Be aware that the Capitol maintains a list of prohibited items that includes pointed objects, food, liquids and large bags or backpacks.

There is very limited public parking near the Capitol. Rather than drive, it is recommended that you ride a tour bus or utilize public transportation. Three Metro subway stops are within walking distance of the Capitol: Union Station, Capitol South and Federal Center SW. National Museum of the Native American

The five-story National Museum of the Native American chronicles the heritage, art and culture of the many diverse indigenous peoples who have inhabited the country since the Pre-Columbian period. One of the world’s premier museums, the National Gallery of Art collects, preserves and displays some of the most significant works of art in the world. The more than 140,000-piece collection includes rare paintings, sculptures, decorative art and other forms of artistic expression. Established by Congress in 1820, the U.S. Botanic Garden is one of the oldest in North America. The garden provides insight into the value of a wide assortment of plants, including their aesthetic, cultural, ecological, economic and therapeutic significance. 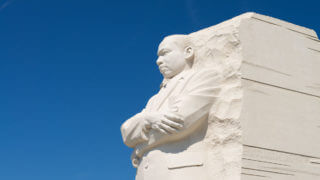 Martin Luther King Junior Memorial
Up Up
Back to top